The Philippines expects to vaccinate against coronavirus 70% of the country's population by the end of the year.

The Philippine authorities expect to vaccinate 70% of the republic's population against coronavirus by the end of this year (75.6 million people - TASS note). This was announced on Wednesday by the official representative of the state task force for combating coronavirus in the republic. Carlito Gálvez.

some restrictions,” he said in an interview with the ABC media group - CBC. “At 50%, we can fully open the economy.” "However, our goal is to have 70% of the population vaccinated by the end of the year," he added.

The republic's authorities aimed to vaccinate 58 million Filipinos by the end of the year in order to achieve herd immunity. The Philippines has a population of 108.1 million.

Experience from Israel, the US and the UK shows that cases of coronavirus infection, hospitalizations and deaths due to infection decreased when 30% of the population received the vaccine, stated Carlito Galvez . Those rates dropped even further when 50% of those countries were vaccinated, he said. The specialist believes that in Manila the 70% threshold can be reached if 120,000 vaccinations are made per day. This means that each of the 1,200 vaccination sites must deliver at least 100 injections daily, but some are able to deliver up to 500 injections.

The Philippines expects to receive about 9.95 million doses this month various coronavirus vaccines. As of May 30, about 5.18 million doses of vaccines have been used. Meanwhile, 1.2 million people have received two vaccines so far.

On January 30, 2020, the first case of coronavirus infection was detected in the Philippines. To date, the total number of people infected in the republic has exceeded 1.23 million, more than 1.16 million people have recovered, and 21 thousand patients have died. The country's authorities have already approved the emergency use of the vaccine by the American company Moderna, the Russian drug Sputnik V, as well as drugs by the American company Pfizer, the British-Swedish company AstraZeneca, the Chinese manufacturer Sinovac, the Indian company Bharat Biotech and Janssen, owned by the American corporation Johnson & Johnson.
Philippines vaccination coronavirus plans COVID-19 TASS
|
Facebook
|
Twitter
|
VKontakte
|
Odnoklassniki

Russia decided to conduct land exercises with many Asian countries 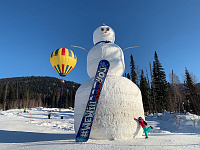 The longest-haired girl lives in Turkey

"Tree of Tolerance" planted in Dubai

Nothing beautifies a woman like epaulettes, the National Guard is sure 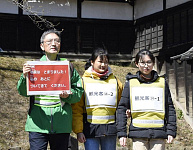 In Tokyo, the Olympics came up with a new language

Singing "under plywood" in nightclubs in Delhi banned