In Indonesia, vaccination of the population against coronavirus begins on February 8.

Since February 8, the Indonesian authorities are starting a mass vaccination program for the population, the first people over 59 years old to receive the drug from the Chinese company Sinovac Biotech (Sinovac Biotech). This was reported by the Straits Times newspaper on Sunday, citing sources in the government.

“On Monday, vaccinations will begin for medical workers, residents over 59 years old, and then for everyone else,” the source said.

Head of the Indonesian Food and Drug Agency Pani Luquito said during a video conference on Sunday that "Sinovac has been approved for vaccination of the elderly." “In addition, people over 70 years of age can also be vaccinated, but with special precautions,” the head of the department specified.

Indonesia has already received about 18 million doses of this drug, while almost 125 million doses are expected to be delivered. . In addition, deliveries from Pfizer and AstraZeneca are expected in the next two months. The government expects some 181 million people in Indonesia, which has a population of almost 270 million, to be vaccinated within 15 months.
Indonesia vaccination coronavirus Sinovac TASS
|
Facebook
|
Twitter
|
VKontakte
|
Odnoklassniki 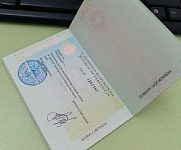 Uzbekistan to cancel exit visas in a month

Vietnam cancels quarantine and vaccination passports for entry into the country

Another batch of Sputnik V vaccine delivered to Turkmenistan