Pakistan grants citizenship to refugees from Afghanistan and Bangladesh

Pakistani Prime Minister Imran Khan said this the day before, according to the Afghan edition of Tolo news.

Pakistan's chief cabinet minister said passports would be issued to "hundreds of thousands" of people who were born in Afghanistan and Bangladesh.

world practice. You can get an American passport if you were born in the US,” said Imran Khan.

According to the Office of the UN High Commissioner for Refugees, about 2.7 million Afghans currently live in Pakistan, of which 1.5 million have refugee status. Most of them left Afghanistan as a result of the civil war that began in the country in the mid-1990s.

“Immigrants have been living here for decades, their children were born here, but they still do not have identity cards and passports ", - reminded the Pakistani prime minister. According to him, this situation leads to an increase in crime, because without documents, refugees cannot get a well-paid job.

Hairdresser clients in Turkey are greeted by cats

Azerbaijan and Turkey will increase the number of military exercises

Philippines may approve Sputnik Light for emergency use

Tetris will disappear in Georgia 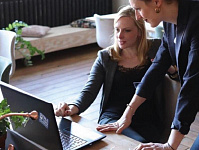 "Women-Inventors" will be shown at the Eurasian Women's Forum