The authorities of North Ossetia will repair 146 schools by 2026, about 9 billion rubles will be allocated for this. This was announced on Sunday at a session of the regional parliament by the elected head of the Republic of North Ossetia, Sergei Menyailo.

"Existing schools also need special attention - the education modernization program is currently in the final stage of development - we are planning to repair 146 schools. It is planned to repair educational institutions until 2026. This will require about 9 billion rubles," Menyaylo said. .

In addition, the plans of the authorities of the region include equipping schools with equipment, as well as training professional personnel. "The "school - secondary vocational and higher education" link should start working and give results. This year we began to form specialized cadet classes in schools. This practice can be scaled up in many other areas. I am sure that this work is needed and will yield results," Meniaylo added.

Several hundred children were baptized in Georgia at the same time

Kazakhstani authorities organize a "parade at home" for veterans

The Amur Youth Forum has started in the Khabarovsk Territory 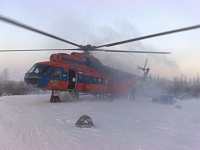 In Yakutia miraculously saved a child in a distant ulus

The ArkhyzFanFest festival will be held in Karachay-Cherkessia in April