China has launched three remote sensing satellites of the Yaogan-35-02 series into orbit. The Changzheng-2D launch vehicle with three spacecraft on board launched from the Xichang Cosmodrome in Sichuan Province. 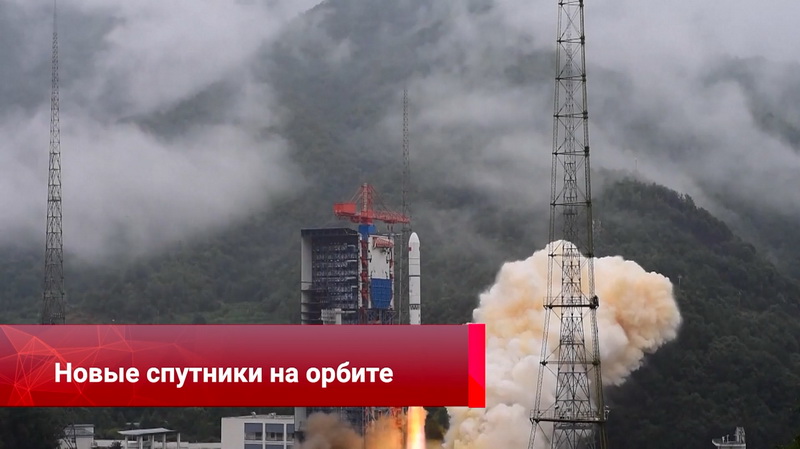 Soon the satellites entered the specified orbit. The launch was deemed successful. It is noted that the spacecraft of the Yaogan series are designed to survey the Earth's surface in the optical range. Their main task is to monitor emergency situations, as well as to assess the condition of crops in the fields. 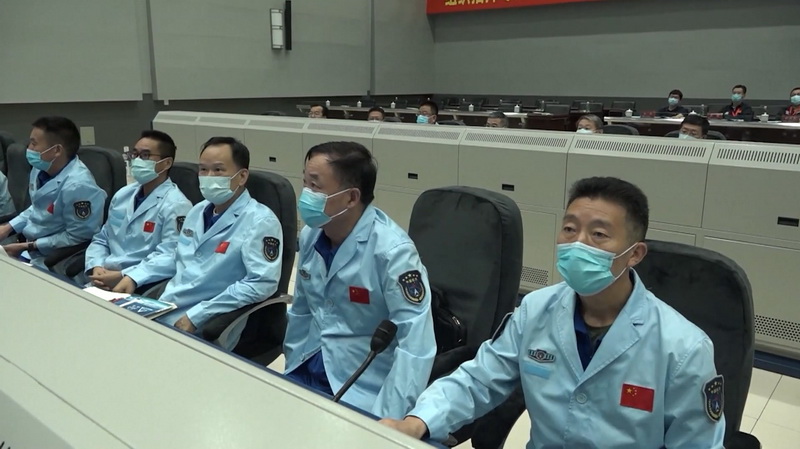 This launch was the 424th in a row for the Changzheng family launch vehicles. The first satellite from the Yaogan series started working in Earth orbit in 2006. 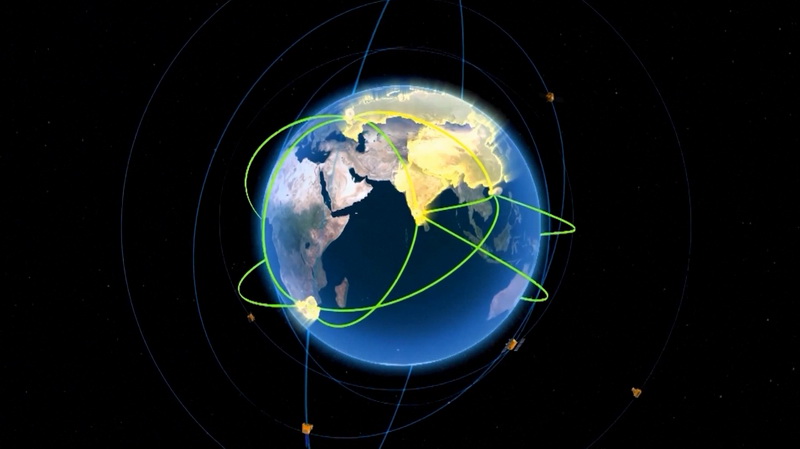 In the Middle Kingdom, the harvest of grain is being completed


China is nearing the end of mechanized harvesting of summer grain, and agricultural regions are reporting abundant harvests. The sown area for wheat remained stable this year, but breeders managed to noticeably improve the quality of grain. This factor has led to an increase in yields compared to last year. 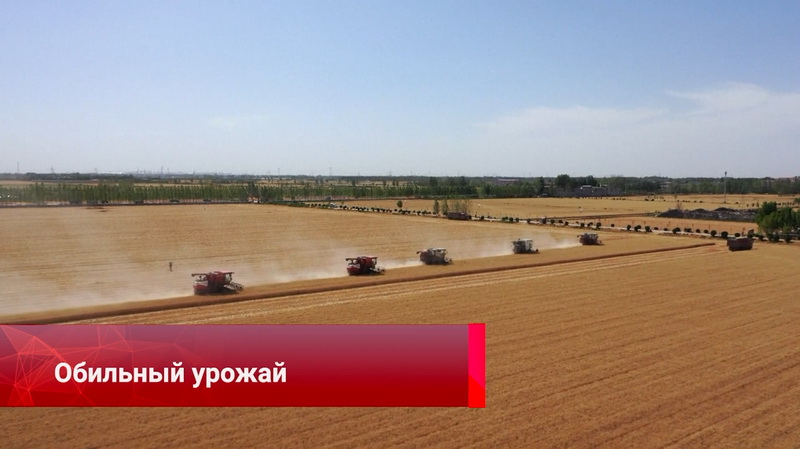 In some regions, it was still possible to increase the area of sowing. So, in Shandong province, it has grown by 4 million hectares.

In Anhui Province, the harvest has already been harvested from almost 3 million hectares of wheat, which indicates good productivity and efficient use of land. Three-quarters of this territory is occupied by high-quality wheat crops. 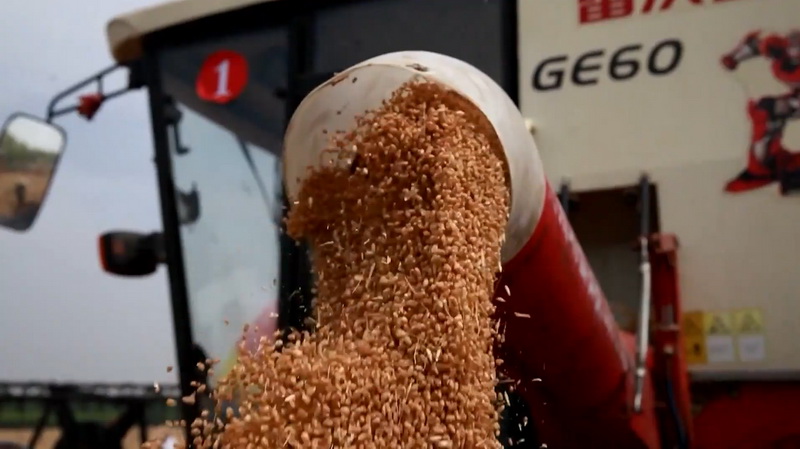 Today there is a great demand for such wheat, and farmers are striving to satisfy it: this year the area of crops of grain of the highest quality has increased by almost 40%. 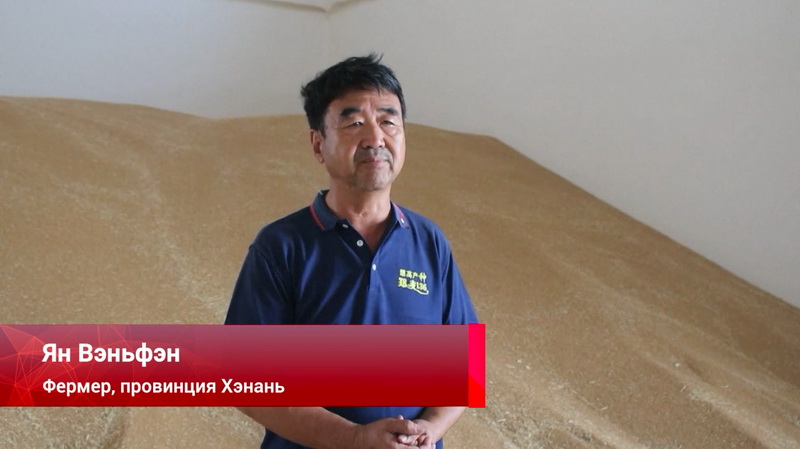 
"Each ear of wheat yields about 45 grains, and the quality is quite good, it exceeds the norms of first-grade wheat. The yield per hectare this year is about 10,000 kilograms. We supply our products directly to flour producers, and the price is higher than the market." 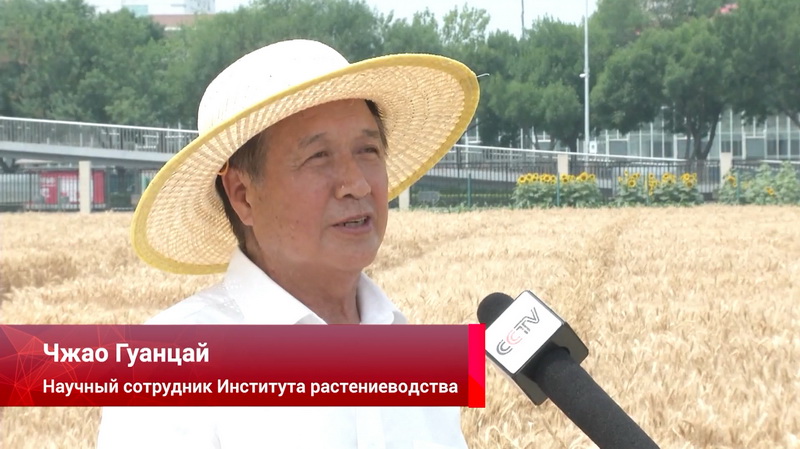 Zhao Guangcai, Researcher at the Institute of Plant Growing:

"This year we have a really great harvest. Judging by the acceptance data, wheat is of good quality and has a high economic return." 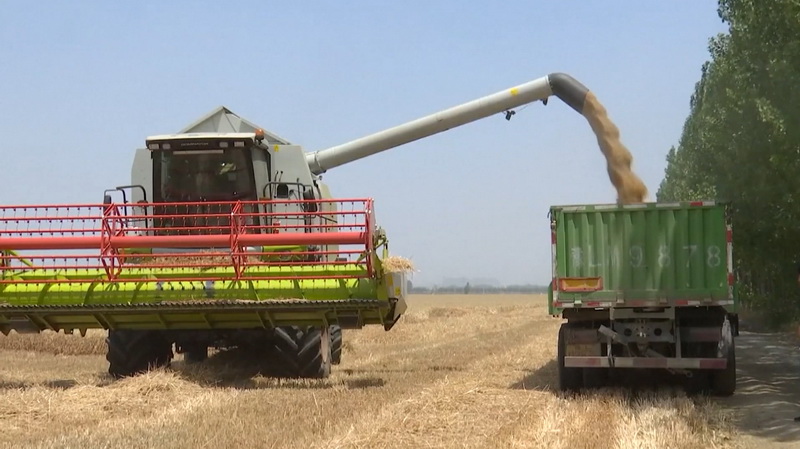 Another favorable factor for the harvest is that the fight against pests and plant diseases has been intensified in China. After that, the number of affected wheat grains fell below 0.2%. The level of machine harvesting also increased. And the losses remained within the industrial standard of 2%. 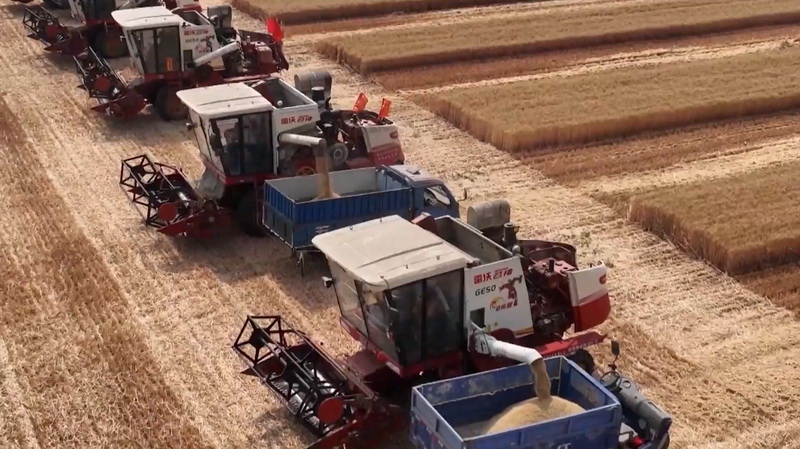 Railway arteries are increasingly connecting China and Europe. Freight trains with goods from China run on a dozen routes, and recently two more have been added to this list. The first trains with sugar and charcoal went on a China-Kazakhstan-Uzbekistan-Europe flight from the city of Nanning in the Guangxi Zhuang Autonomous Region. In order to reduce travel time, the accelerated customs clearance regime at the border was applied to trains for the first time. 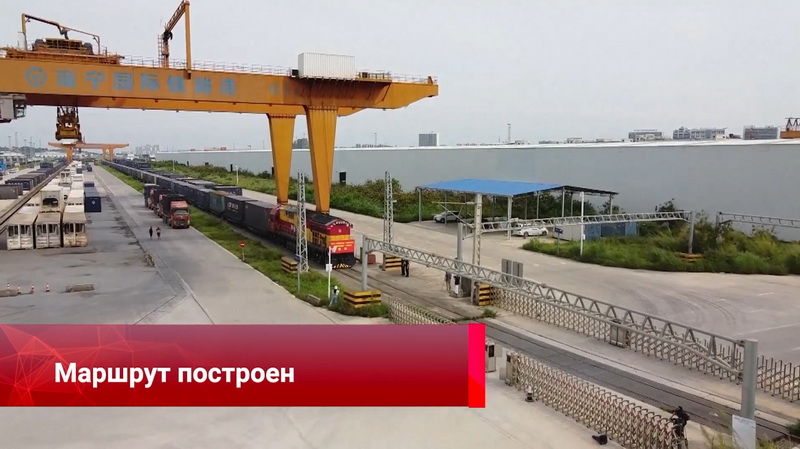 After the Comprehensive Regional Economic Partnership Agreement came into force on January 1 of this year, the number of China-Europe freight trains has increased. The Main Customs Administration of the People's Republic of China has launched accelerated customs clearance to help enterprises and improve trade efficiency. 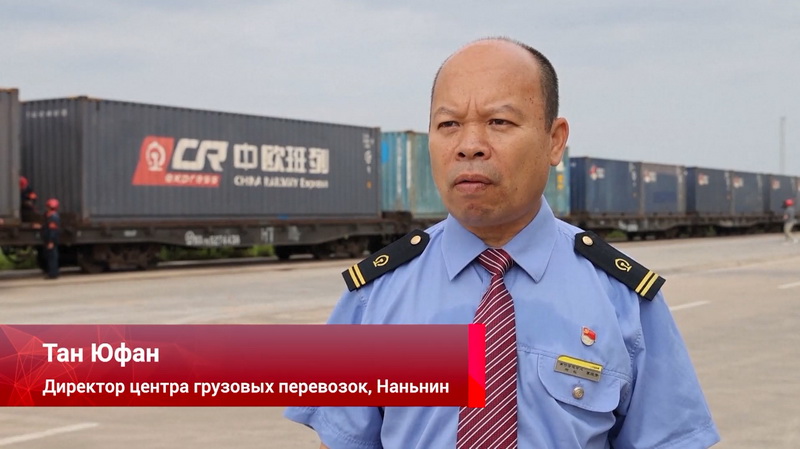 "The launch of interregional customs declaration in an accelerated mode has improved the quality of service of freight trains. Now the production and supply chain is not interrupted at any stage. And it also has a beneficial effect on railway traffic in general and increases capacity." 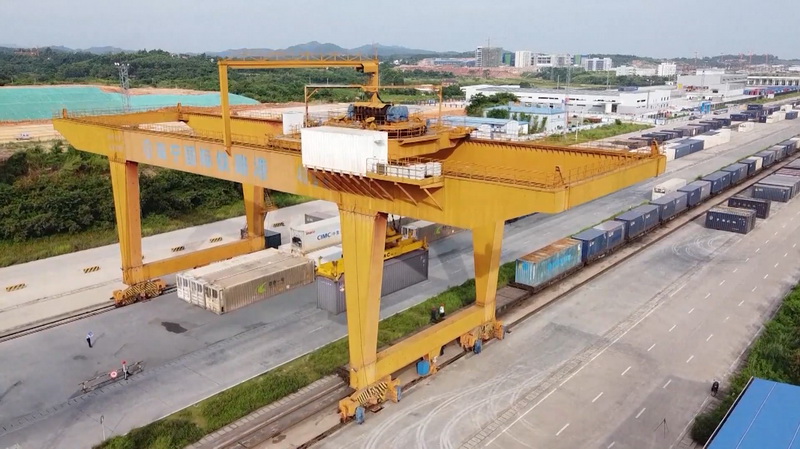 
A Hong Kong resident has made an amazing gift to his city. He brought as a gift a historical book of chronicles, which was handwritten by an unknown author about 300 years ago. Before that, the relic was kept in his home archive. The book is called "Xinan Xian Zhi", which literally means "Chronicles of Xinan County". 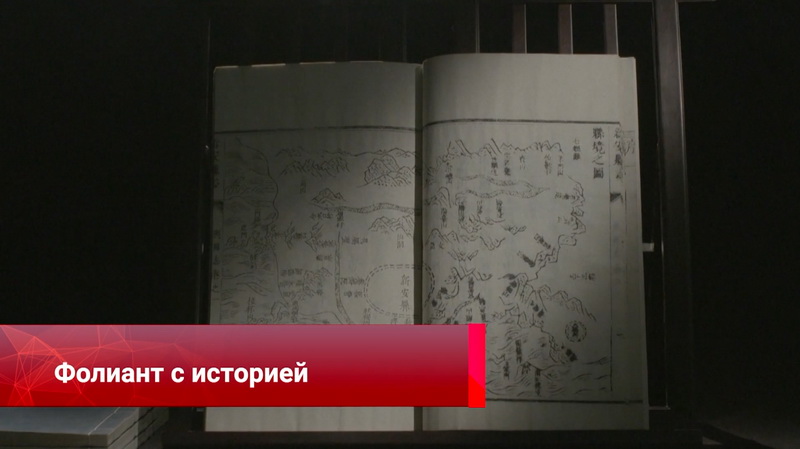 This district used to include the lands of present-day Hong Kong and Shenzhen. The folio opens the veil of mystery over the little-studied history of local villages. The pages are covered with illustrations that are made in traditional calligraphy and painting techniques. The text contains descriptions of the natural landscape, as well as the social structure of villages. 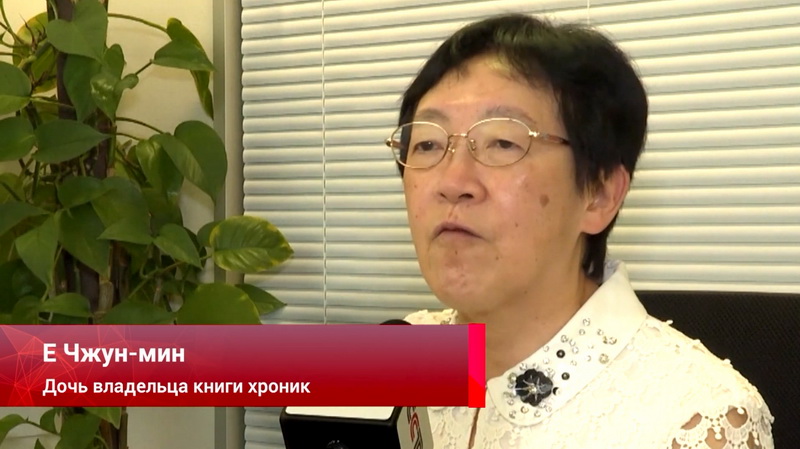 Ye Jung-min, daughter of the owner of the book of chronicles:

"Some people wanted to buy a book. But my father always refused to sell, because he wanted to give the folio to his native country in the future. I still remember reading it secretly as a child and being surprised that many of the titles are the same today as they were 300 years ago." 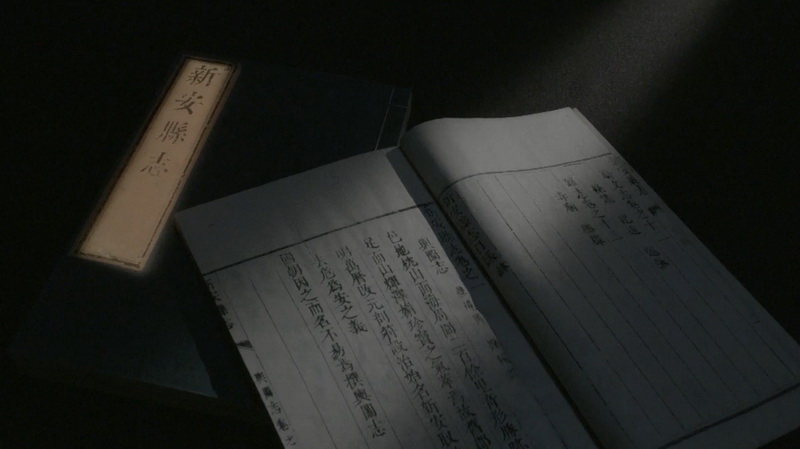 The book was created during the reign of the seventh Manchu Emperor Jiaqing, who was in power in China from 1796 to 1820. There are only two such publications in the national libraries of the Celestial Empire. 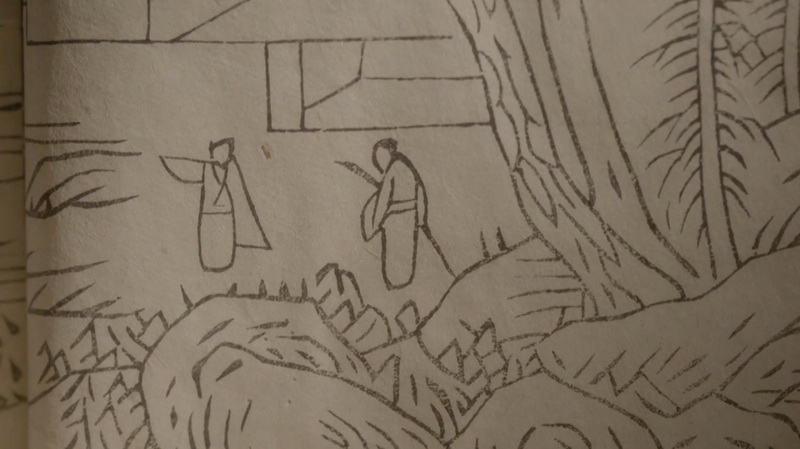 The number of infections in India is approaching 30 million

The authorities of the capital of India extended the restrictions until June 7, allowing a number of concessions

Mormon temple to be built in Dubai