She accomplished her labor feat under the impression of Kim Jong-un's trip to Hanoi.

Om Sung-kyung, a textile factory worker named after Kim Jong-suk, the grandmother of the current North Korean leader, completed the production plan for the entire 2019 in two months, according to the TsNAK news agency, which was quoted by TASS.

comrade Kim Jong-un's supreme leader, she overfulfilled the daily plan by 700 percent, using two and a half times more machines," the CTAC emphasizes.

Similar examples of record productivity were also noted at other weaving factories in the DPRK.  ;

The news agency emphasizes that many workers in the factories increased the intensity of the machines to the maximum, worked simultaneously on many machines. In addition, they stayed at work overtime to help shift workers, "showing the spirit of teamwork." Thus, more than 20 weavers from the Pyongyang factory exceeded their half-year production plan in the first two months of 2019. 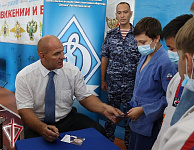 In Taiwan, the laying ceremony of the prototype of its own submarine

Kazakhstan to amend the law on obtaining citizenship 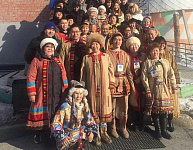