Most regions of Siberia will give up on mass New Year's festivities.

The pandemic of a new coronavirus infection has made adjustments to the celebration of the New Year in Siberia - there will be no large-scale festivities in the regions. Most regions decide to completely abandon & nbsp; festive events, limiting themselves to decorating cities and equipping skating rinks, the authorities of the subjects told TASS. Only some regions will hold festive events in a truncated format, strictly controlling compliance with epidemiological requirements.

“A Christmas tree is being set up, skating rinks and New Year’s decorations will be made, but there will be no events before December 31,”   mayor of Novosibirsk Anna Tereshkova. She explained that it will be possible to visit the city skating rinks only with the observance of anti-epidemic measures, including social distance. A fixed number of people can be on the ice.

As the press service of the government of Khakassia told TASS, the region plans to abandon all mass New Year events -anti-epidemic restrictions in subject have already been extended until 10  January 2021. The sanitary and anti-epidemiological commission under the government of the Irkutsk region also spoke out against mass holidays, including corporate parties. According to the Deputy Chairman of the Government of the region Valentina Voblikova, in the & nbsp;

Barnaul, the city administration explained, will also meet the New Year with festive illumination and ice towns, however, there will be no celebrations and traditional fireworks. In  the Altai Territory, it was decided not to hold traditional New Year's children's performances and matinees. The authorities of the neighboring Republic of Altai plan to limit themselves to the installation of Christmas trees on the central square of Gorno-Altaisk and in the regional centers.

There will be snowy towns and holidays

Despite restrictions, festive events, albeit in truncated format this year, are planned in some Siberian regions. So, in Kuzbass, according to the regional government, the symbol of the New Year holiday this year will be the clock counting down to the 300th anniversary of the region, which is celebrated in 2021. It is planned that in all municipalities there will be a festive action "Kuzbass - the time of New Year's miracles", which started on November 14 at the Sheregesh ski resort and will take place in other territories until December 25.

“A New Year's van led by Ded Moroz and his team, [which] will travel more than 1 thousand miles, will set off on a journey through the territories of Kuzbass. km on Kuzbass roads and will make 34 stops along the way, where there will be media presentations of each territory - live broadcasts from historical and significant places, new open social and cultural facilities, - said the directorate of innovative creative projects of Kuzbass.

At the same time, the authorities of Kuzbass reduced funding for the celebration of the New Year and abandoned new artificial Christmas trees, reconsidering spending on illumination and snow towns. Thus, it was possible to save 50 million rubles, which are aimed at supporting regional healthcare. They also save money in Krasnoyarsk Territory they install the same attributes of the holiday in squares as a year earlier, refusing to purchase new ones.

The ice towns and will stay in Krasnoyarsk Territory—one of the largest will be the labyrinth "Dances of Siberia", some of the plots of which correspond to the productions of the well-known choreographic Ensemble of Folk Dance named after Godenko. According to the mayor's office, 92 yard ice rinks will operate in Krasnoyarsk, and the first of them has already been flooded. At the same time, during the pandemic, all events will be held taking into account the recommendations of the regional department of Rospotrebnadzor and in in accordance with the latest regulatory documents.

Masterpieces from scrap metal are created by a resident of Turkey

Ilham Aliyev declared 2022 the Year of Shusha in Azerbaijan 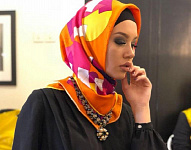 A girl from Kazakhstan became the best model at World Beauty

In Kazakhstan, children under 16 years old will receive a passport

More than 50% of the adult population vaccinated in Tajikistan

Congratulations from the leader of the country, how the rapid radio burst was born, the new power unit of the Baihetan HPP – see "Chinese Panorama"-307

Teacher of the Year elected in Tajikistan