A 1 million-dose shipment of Indian-made vaccine Covishield was delivered on Sunday to Nepal. As reported on the website of the Nepalese newspaper Himalayan Times, the drug was delivered to Kathmandu by Air India.

Covishield is the local name for the coronavirus vaccine developed by the British-Swedish company AstraZeneca (AstraZeneca) and Oxford University and manufactured by the Serum Institute of India. The Nepalese government approved its application in the country on January 15. This is not the first batch of vaccine delivered to the Himalayan state: on January 20, India also sent 1 million doses of the drug to Nepal for a nationwide vaccination campaign.

According to the publication, the consignment that arrived on Sunday is intended to vaccinate citizens of the country over 60 years old, who make up 8.73% of the population of Nepal, as part of the next stage vaccination campaign starting in March. There are 2,652,258 elderly people in the country, the newspaper points out.

Vaccination rate in Iran to reach 70% in coming days 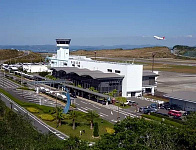 Flight between Vladivostok and Wakayama may be launched

Magas is among the "smart" cities

A new combat robot has been created in Armenia

Auction of rare Christie's watches will be held in the UAE