Van Don air harbor is located fifty kilometers from Halong Bay in the north of the country.

The airport was the first in the history of Vietnam, which was built with the money of a private investor. It is focused on flights from Taiwan, South Korea, Japan, China, Thailand, Malaysia, Singapore and Cambodia, as well as domestic flights.

It took two years to build the air harbor. More than $300 million was spent on its construction. The airport will receive up to 2.5 million people annually. Passenger traffic will increase to five million by 2030.

Van Don was built as part of the Vietnamese government's plan to build 13 international and 15 domestic airports by 2023. Now in the country, taking into account the new air harbor, there are 21 airports.

It should be noted that earlier those wishing to visit Halong Bay flew to Haiphong or Hanoi, and then went to the bay by bus.
Asia News Greater Asia Van Don Halong Hanoi Hai Phong Airport
|
Facebook
|
Twitter
|
VKontakte
|
Odnoklassniki

A pianist from Russia plays in a hospital in Abu Dhabi 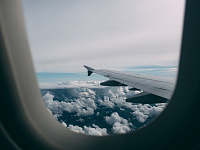 The reign of Emperor Naruhito was named Reiwa.

The broadcast of "Cherkes FM" is available worldwide

Automakers from South Korea have updated the historical record in terms

In all regions of the PRC, there is a tendency to decrease the incidence

Abkhazia has become the leader of early booking among Russian tourists