In addition, 139 patients have also died from coronavirus infection in the past 24 hours. Thus, in total, the epidemic has already claimed the lives of 3,859 people across the country. 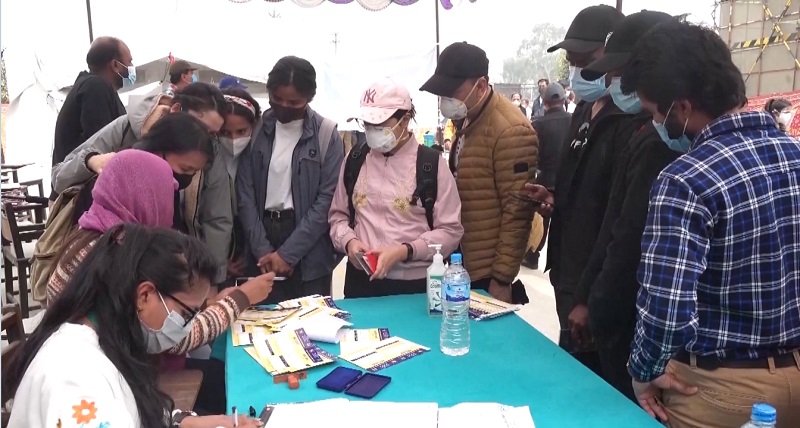 It is worth noting that in the past 24 hours, the number of both new confirmed cases of infection and deaths from coronavirus in Nepal has reached a new maximum since the outbreak.

due to the severe epidemic situation in Nepal, there was a problem with the lack of oxygen cylinders. The Nepal Mountaineering Association (NMA) has urged climbers to take back empty cylinders to reuse them in the medical system.

According to the association, about 5,000 oxygen cylinders are used by climbers to climb the world's highest mountains, including including the Chomolungma and other Himalayan peaks. At the same time, according to the organizers of the expeditions, climbers' cylinders are light, portable and can be supplied with oxygen for use for three to four hours at high altitude.

The second wave of the epidemic that has swept the country in recent weeks is claiming more and more lives , and due to acute oxygen deficiency, a number of hospitals stopped accepting additional patients with COVID-19.

According to the Himalayan Times of Nepal newspaper, due to the lack of oxygen in the country, the police were mobilized to confiscate the existing cylinders, police officers also

Moreover, data from the Nepalese Ministry of Health and Population showed that Nepal desperately needs 25,000 oxygen tanks to cope with the current epidemic situation. Now the government of Nepal is seeking support from the international community to import oxygen cylinders and raw materials for oxygen production.

As the Chinese Embassy in Nepal reported on social media on May 10, a batch of anti-epidemic drugs (oxygen cylinders and ventilators ), donated by the Chinese government, will arrive in the capital Kathmandu on May 11 local time.

As of May 10 , Sri Lanka recorded 2,672 new cases in the past 24 hours, its highest single-day rate of new cases. The total number of confirmed cases was 125,906, of which 801 people died, the country's Ministry of Health said. 104,463 patients recovered and were discharged from hospitals.

At the same time, official statistics showed that only during May in Sri Lanka, 17,760 new cases of infection were recorded due to the spread of a new variant of the coronavirus. The patients are mostly young people who require urgent medical care, which is becoming increasingly difficult to provide. Currently, intensive care units, intensive care hospitals in Sri Lanka are already overwhelmed with patients with coronavirus.

Recall that last month, vaccines from the Chinese pharmaceutical company Sinopharm arrived in Sri Lanka, which were donated by the Chinese government.

China will continue to study the nature of the coronavirus

Unique toys are made by a resident of Turkey

Exhibition dedicated to Alexander Nevsky to open in Nur-Sultan

Fair "Love knows no boundaries" was held in Beijing