The flood in Liuzhou, the main exam is behind, the Chinese turn of the rivers, fire foxes – see "Chinese Panorama" -169 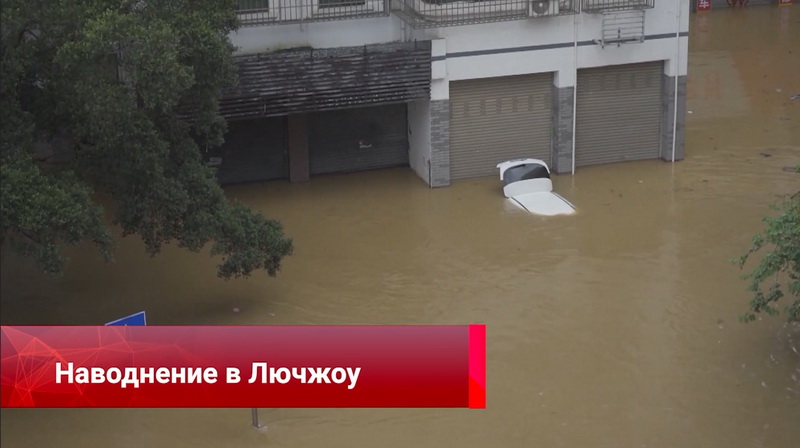 According to the city's flood and drought control headquarters, up to 540 millimeters of precipitation have fallen in recent days. Such floods near the Liujiang River occur about once every five years. More than eight kilometers of residential areas flooded, after which a lot of garbage and silt remained. When the water subsided, about 3,000 people came out to clean the streets. 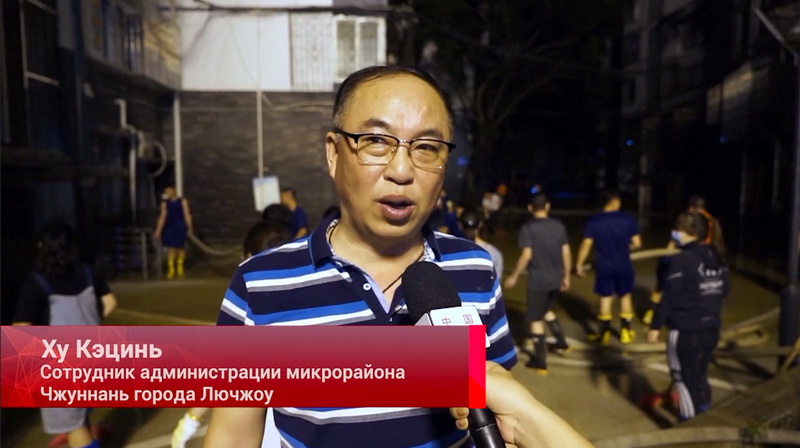 Hu Keqin, an employee of the administration of the Zhongnan microdistrict of Liuzhou City:

"We need to clear the flood-affected areas immediately after the flood waters receded. If the dirt dries up, it will be more difficult to do it." 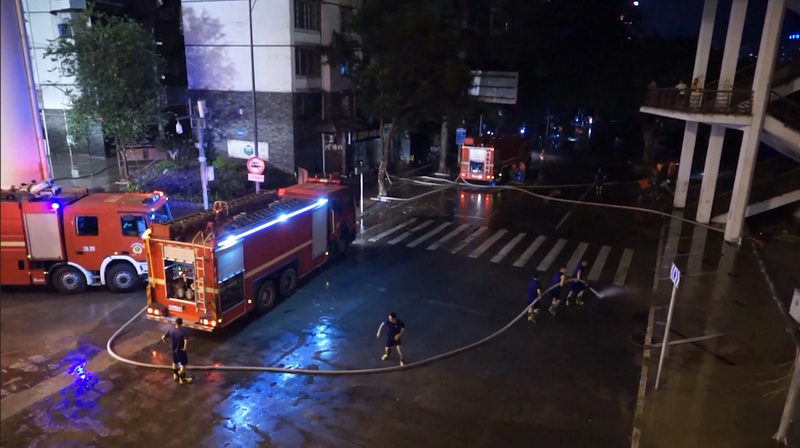 Bad weather has also added work to electric power organizations. As the flood waters receded, a safety check of the damaged equipment was carried out. Repairs were required in 43 thousand households affected by the downpour. Now the electricity supply has already been resumed there. 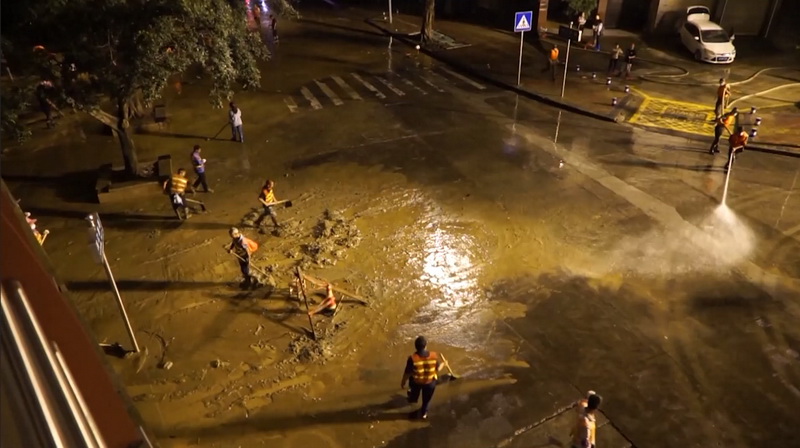 Entrance exams to universities were held in China

"Gaokao" – entrance exams to universities – this year almost 12 million applicants have passed. To conduct tests in China, 330 thousand examination points were created and more than a million people were involved – teachers, psychologists and other personnel. Even those who were found to have an elevated temperature were able to pass the certification. 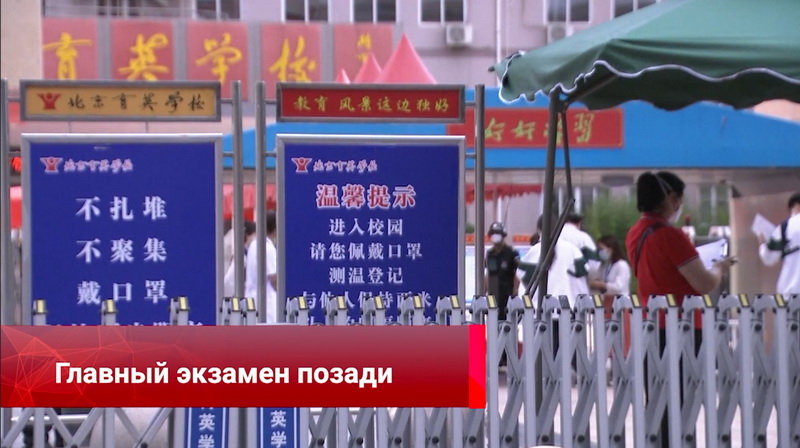 Wang Jun, Director of the secondary school at the Chinese Agricultural University:

"If the student's temperature exceeds 37.3 degrees Celsius, he or she is taken to an isolated examination room located in another building." 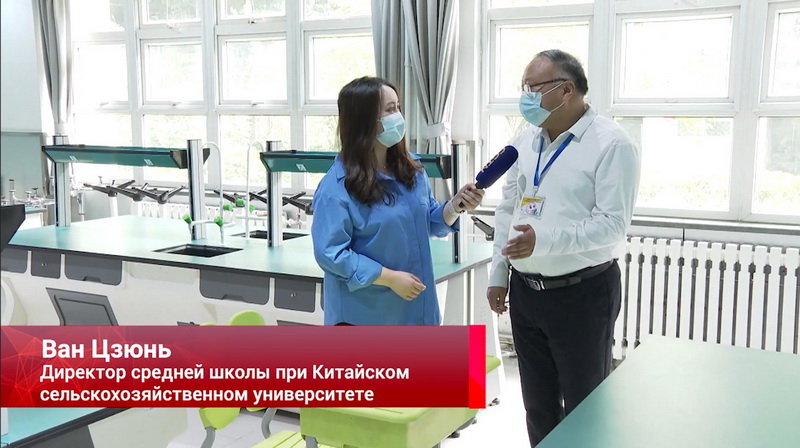 For safety, the observers in the isolated room were in protective gear, and the examination sheets were thoroughly disinfected before sealing. All these efforts were aimed at ensuring that each graduate could pass one of the most important exams in his life, for which he had been preparing for 12 years. 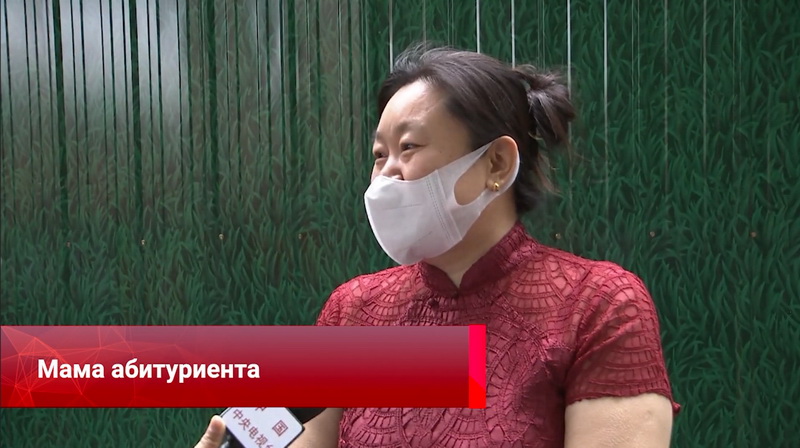 "I am very excited! – says the mother of one of the applicants. "I wish all graduates success and enroll in the universities they dream of."

"I took my sister to the exam! – says the younger sister of one of the incoming girls. "When I grow up, I want to pass the exam perfectly and go to a good university." 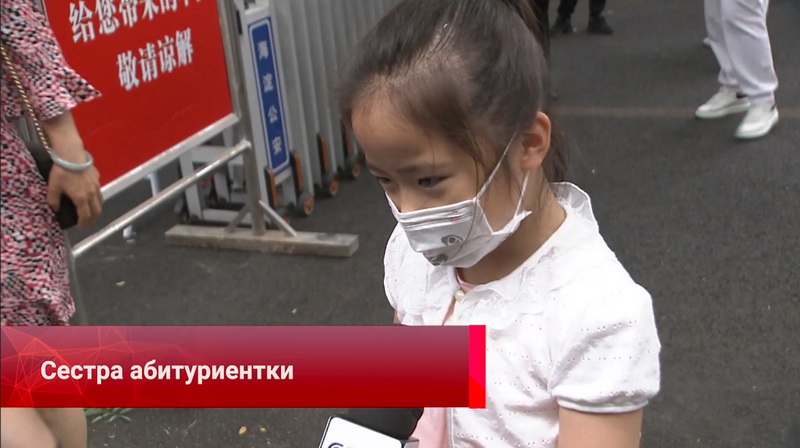 "Gaokao" is the most important unified state exam required for admission to universities. Last year, it was passed by more than 10 million applicants across the country. 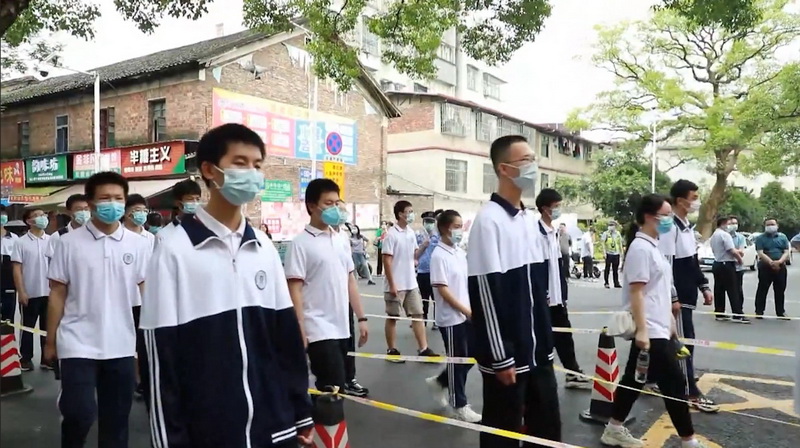 One trillion yuan was China's investment in the construction of large water facilities. The record amount of investments is due to the fact that the country plans to accelerate the supply of regions that have been suffering from a shortage of fresh water for a long time. According to official data, 200 million residents of the country are experiencing such a deficit in China today. 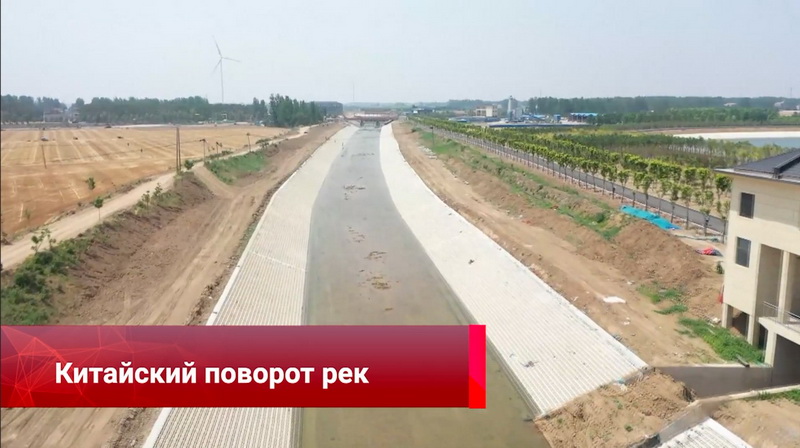 Among the megaprojects is the transfer of water from the Yangtze River to the Huaihe River in eastern China. The largest construction of an artificial water network in the history of the Celestial Empire will provide water to 15 cities and 55 counties.

Sun Qi, Head of construction of the fourth section of water drainage:

"The construction of the canal is already nearing completion. We finished the main building of the fourth section a month ahead of schedule. Now we are finishing. In September, the facility will be ready for commissioning, and by the end of this year it will be put into operation." 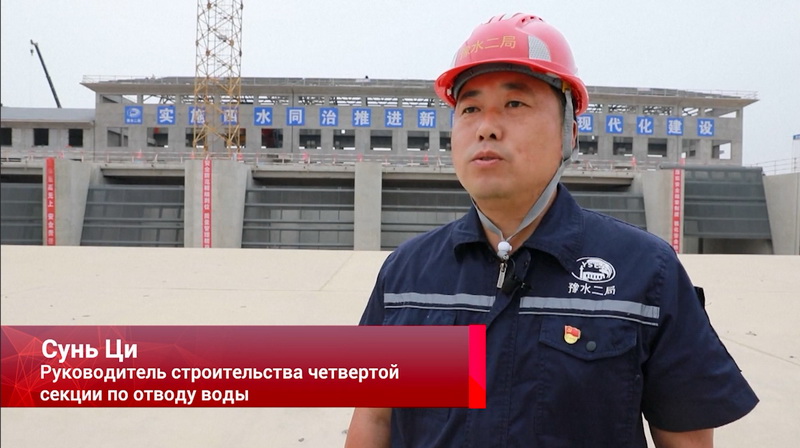 "After the completion of the project, the water will flow to more arid regions. The canal will annually supply 3.5 billion cubic meters of water. The problem of water shortage, due to which Yunnan Province could not develop for a long time, will be completely solved." 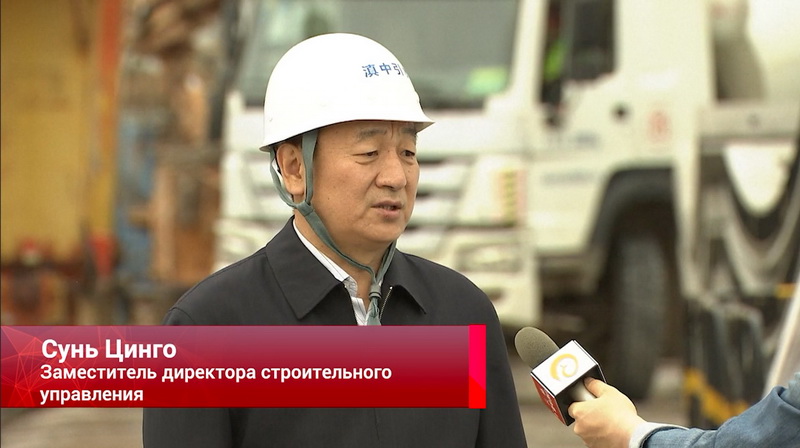 In parallel, a large Fengshan reservoir is being built in Guizhou Province. The workers work in three shifts without stopping. The rush is due to the fact that the main flood season is coming soon. According to the plan, this year the dam of the project will be flooded to a height of 2,600 meters. 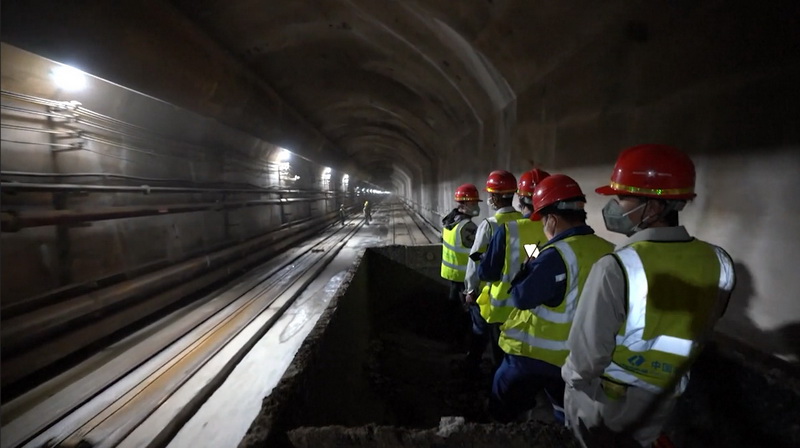 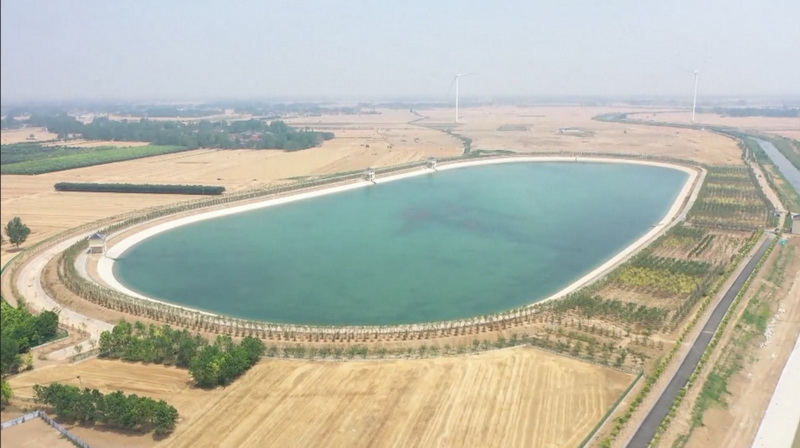 In Inner Mongolia, a family of steppe foxes got into the lens

The fiery sun, in the rays of which the Korsak foxes are frolicking, is a spectacle worthy of the pen of artists. 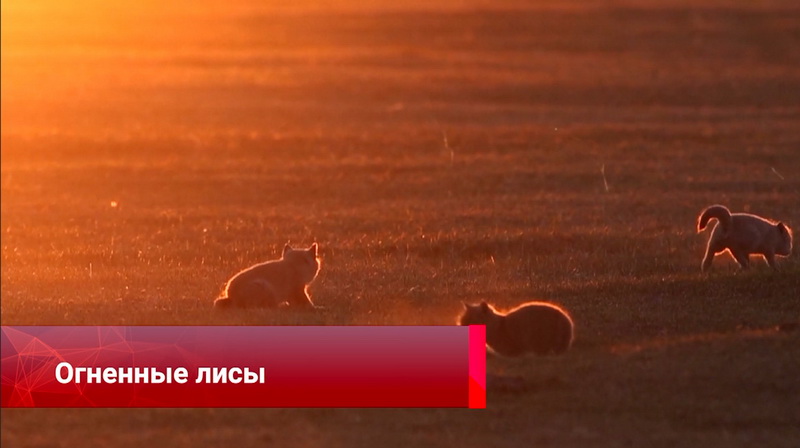 On the Hulunbuir pasture in the Inner Mongolia Autonomous Region, a family of predators got into the camera lens: three animals then jumped out of a hole, then hid in it, and an attentive mother looked after children's games. The steppe fox, or korsak, feeds mainly on rodents, so it plays an important role in regulating their population and combating the damage they cause to the prairie lands. Korsaks are in the Middle Kingdom under the protection of the 2nd class. 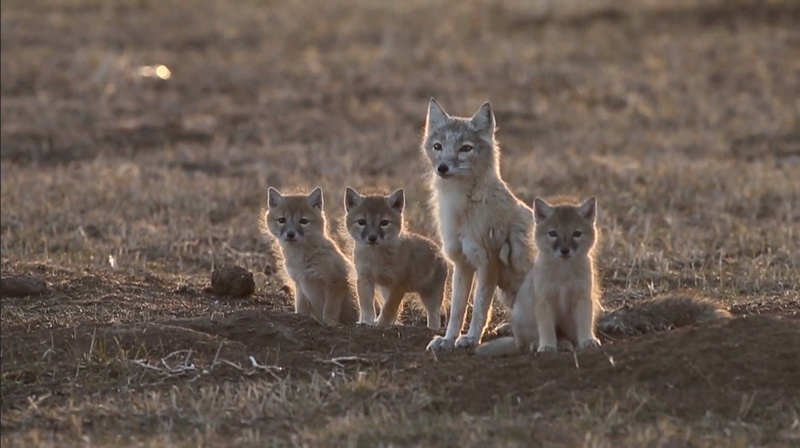 Oryol National Guard congratulated the veteran on his 100th birthday

Media center of Saudi Arabia will appear in Moscow

Nazarbayev congratulated the citizens of Kazakhstan on the Constitution Day

Drone-heavy truck was tested on a high-rise construction project

Nur-Sultan and Ulaanbaatar will be connected by a direct flight