Myanmar, as in previous years, topped the world ranking of philanthropy, according to "

It follows from the document that in Russia the number of citizens who participate in charitable activities has increased.

The rating is based on Gallup research. Surveyed 146 000 people in 139 states. The place of the country depends on the average value of three indicators: monetary donations to charitable organizations; work as a volunteer; helping a stranger in need.

Within the framework of the EEF, four sailing regattas will be held in Vladivostok 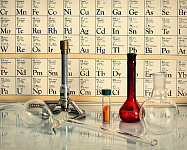 Russian student became the winner of the International Mendeleev Olympiad

Kite Festival to be held in Turkey

An agricultural train, a processor from a patriot, a study of featherless pigs – see "Chinese Panorama"-304