Exercises were held in the Taiwan Strait, in which the crews of eight ships took part, including the patrol and rescue vessel Haixiong-06, the largest in this water area. The Joint Task Force was engaged in combating the violation of navigation, illegal fishing, and compliance with the ban on the extraction and transportation of sand due to the suspension of its export to Taiwan. In addition, Haixiun-06 worked out search and rescue operations together with a helicopter.

Tu Tiekun, Head of the Xiamen Maritime Security Command Center:
"Haixiong-06" has been tested in the field of saving lives at sea, managing maritime traffic and responding to various situations. We have strengthened measures to ensure maritime security in the Taiwan Strait and maritime patrols."

In the coming days, Haixiong-06 will continue to ensure maritime security in the Taiwan Strait.


China has launched a satellite monitoring carbon in terrestrial ecosystems

China has launched a satellite monitoring carbon in terrestrial ecosystems. The device is already in orbit and has started performing its 47 functions.

Huang Jin, Chief Designer of the carbon monitoring satellite in terrestrial ecosystems:
"Thanks to certain hardware and software designs, various tasks can be performed simultaneously and combined at will. This increases the efficiency of the satellite itself and facilitates the work of ground teams."

In addition, the research team has developed an autonomous mode of operation of the device. The satellite is able to independently assess whether it is flying over the sea or land, what the illumination is, and with the help of this information automatically set tasks for itself. Also, the satellite can not only determine the area of the forest, but also measure its volume.

Huang Jin, Chief Designer of the carbon monitoring satellite in terrestrial ecosystems:
"The main payload of this satellite is a multipath laser radar. It sends several laser beams to the ground to measure the height of the forest. We also installed five polygonal multispectral cameras at five different angles to capture images of the forest."

In addition, the satellite has equipment that transmits data on how green spaces absorb carbon and on the concentration of harmful particles in the air.

Huang Jin, Chief Designer of the carbon monitoring satellite in terrestrial ecosystems:
"With the help of a hyperspectral detector, we can find out the intensity of photosynthesis of an individual tree or woodland. And with the help of a polygonal polarizing thermal imager, we measure the horizontal distribution of aerosols in the atmosphere and get more accurate measurement results."

The carbon monitoring satellite in terrestrial ecosystems was launched from the Taiyuan Cosmodrome in Shanxi Province. This launch was the 430th mission for the Changzheng-4B series launch vehicles.

The organizers of the China–ASEAN exhibition named the theme of the upcoming event. It will be dedicated to the exchange of new opportunities of the participating countries of the Comprehensive Regional Economic Partnership and the strengthening of the China–ASEAN Free Trade Area. The exhibition will be held from September 16 to 19 in Nanning, the administrative center of the Guangxi Zhuang Autonomous Region. Companies from South Korea and Japan have already confirmed their participation. And some organizations from ASEAN member states have started to design their stands. The Expo program includes conferences and forums on the current agenda. It will also create an exhibition platform for participants of the Comprehensive Regional Economic Partnership (RCEP), the world's largest trade agreement. Expo events will be related to electronic information, cross-border e-commerce, retail trade and cooperation in the field of environmental protection.

In Liaoning Province, a serious flood that occurred on August 1 due to a dam break is being eliminated. All residents from the flooded areas were evacuated, there were no injuries. Now the task of the authorities is to block the breakthrough and carry out restoration work. To do this, the province pumps water from flooded areas and monitors the safety of dams on the Liaohe River. The biggest problem faced by rescuers is the need to block roads, so they work at night.
The State Flood and Drought Control Headquarters and the Ministry of Emergency Situations have sent more than 200 rescuers and about 30 sets of equipment to the province to block the breakthrough.
According to the forecast of meteorologists, rains in the province may continue, so local authorities are on high alert.


The season of fantastic tides has begun on the Fuchunjiang River

The season of fantastic tides has begun on the Fuchunjiang River. The most famous of them is the "Silver Dragon". This is an abnormal wave that can reach 10 meters in height. The rising tide from Hangzhou Bay is transformed by the bends of the Fuchunjiang River and turns into the world's largest tidal bore. And here you can also see how the tides coming from different directions meet and intersect. At the same time, amazing tides in the form of fish scales are formed. The spectacle is spectacular, and therefore attracts many tourists every year.
China China News Today Chinese Panorama China Media Corporation Chinese Technology China Innovation China ecology China culture China sports China society China animals China Technology China Media Group CMG CCTV Exclusive
|
Facebook
|
Twitter
|
VKontakte
|
Odnoklassniki

Rosa Khutor will open the ski season ahead of schedule 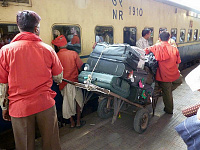 You will have to pay extra for extra luggage on the train. 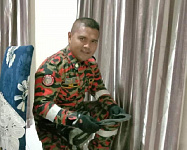 In Malaysia caught an unusual "snake"

Anniversary of flights to Kazakhstan celebrated by Flydubai