More than half of Japan's residents have been fully vaccinated

Japan's Economic Recovery Minister Yasutoshi Nishimura has suggested that by the end of September, 60% of the country's population will be vaccinated with the second dose.

Japan's Economic Recovery Minister Yasutoshi Nishimura, who coordinates the activities of the central headquarters to combat the spread of the coronavirus, said on Sunday that more than 50% of the country's residents had been vaccinated with a second dose of the COVID-19 vaccine.
< br> “I think the second dose rate is over 50%,” he told NHK. The minister also suggested that by the end of September, 60% of the country's population will have been vaccinated with the second dose, thanks to which the pace of vaccination in Japan will catch up with that of European countries.

Meanwhile, according to official statistics published on the website of the Prime Minister's Office Minister of Japan, to date, 49.8% (63 million) of the country's residents have received the second dose of the vaccine, and 61.9% (78.3 million) have received the first dose.

In Japan, vaccines from the British-Swedish company AstraZeneca are used , the American-German consortium of Pfizer and BioNTech, as well as the American company Moderna.
Japan coronavirus vaccination COVID-19 TASS
|
Facebook
|
Twitter
|
VKontakte
|
Odnoklassniki

Japan has its first ninja specialist with a university degree 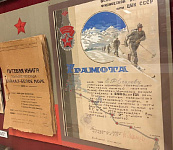 The next regional conference of Russian compatriots from Asian countries will be held in Nepal.

Hong Kong residents left without fireworks for the New Year

Complexes "Yars" brought to the exercises in the Irkutsk region

The building of another new school was commissioned in Karachay-Cherkessia

New Delhi was unlucky with the weather on New Year's Eve