Japanese vaccination passports will be valid in more than 30 countries.

Vaccination passports, the possibility of issuing which is being developed by the Japanese government for citizens of the country traveling abroad, will be valid on the territory of more than 30 states. The Kyodo news agency reported this on Tuesday, citing sources.

It is noted that a list with a list of some of these countries may be published on July 21 on the website of the Japanese Foreign Ministry.

Formerly Secretary General of the Cabinet of Japan< b>Katsunobu Katoannounced that local authorities will begin accepting applications for vaccination passports from July 26th.

Vaccination in Japan began in mid-February. Immunization of 4.8 million medical workers is almost completed. On April 12, vaccination of 36 million people over the age of 65 began. Now in this category, almost 83% are vaccinated with one dose of the vaccine, more than 60% with two. Japan began immunizing all age groups last month. As of July 20, 34.2% of the population in the country received one dose of the vaccine, 22.3% received two.

Last year, Japanese authorities signed agreements with the British-Swedish company AstraZeneca, the American German consortium of Pfizer and BioNTech for the supply of coronavirus vaccines. All three drugs are approved for use by the Japanese Ministry of Health, but vaccination using AstraZeneca's development has not yet been carried out.
Japan vaccination passports coronavirus COVID-19 TASS
|
Facebook
|
Twitter
|
VKontakte
|
Odnoklassniki

To strengthen the patriotic education of young people in Hong Kong, a special day was established 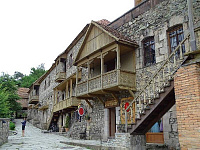 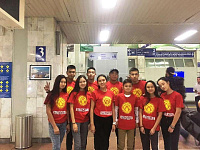