"Monument" to the stall was installed in Chelyabinsk

Near the place where the stall had stood for many years, someone placed a cardboard box in which they placed a photo of the stall and a glass of red liquid. Flowers were laid next to the makeshift memorial.

The photo of the "monument" appeared to the Pikabu website. In two days, the post collected about 180,000 views and about a hundred comments.

Sometimes a stall is still not enough. I'm used to the fact that almost every house in their hometown has them, writes one of the users.

Earlier, the Good News portal reported that Chelyabinsk Kirovka was planned to be cleared of old kiosks by summer. Mass cleaning of stalls began in March. 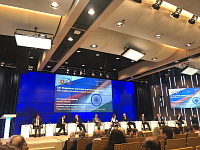 The use of drones in Hong Kong will be legal

Komuz Day will be celebrated in Kyrgyzstan

WHO appreciates the efforts of Kazakhstan in the fight against coronavirus