Malaysian authorities have allowed a partial resumption of domestic tourism.

As of Wednesday, the Malaysian authorities partially lifted restrictions on domestic tourist travel, and also allowed the resumption of cultural and entertainment events. According to the senior minister, Minister of Defense Ismail Sabri Yacob, “based on the assessments provided by the relevant departments, the government decided to resume domestic tourism.”

He clarified that “from March 10, travel is allowed only as part of tourist groups and after receiving approval from the Ministry of Tourism, Arts and Culture. According to him, "tourism is still possible only in those states that have a so-called recovery regime." Currently, six of the 13 states, as well as two federal territories, have such a provision.

In addition, the government has allowed the resumption of cultural events with the participation of spectators, the number of which should not exceed 50% of the occupancy of the halls.

Due to the sharp increase in the number of infected since January 22 throughout the country, the Malaysian authorities introduced the so-called movement restriction regime, which also meant the closure of all sports, tourist, entertainment establishments, most shops, with the exception of food. Against the backdrop of an improvement in the situation, it was canceled from March 5, and from March 8 resumed classes in elementary grades.
Malaysia tourism removal of restrictions TASS
|
Facebook
|
Twitter
|
VKontakte
|
Odnoklassniki

China high-speed train passengers can order food from the station

Rosgvardeytsy ensure the security of the Army-2021 forum

Kazakhstan is developing a new alphabet 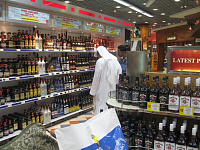 Oman to impose a tax on "vices"

Kazakh Qazaq Air will fly to Russia, Georgia and Kyrgyzstan

2022 Games Press Center Outside the Bubble Officially Opens in Beijing