Malaysia aims to reopen economy and lift restrictions by December

“Until recently, the situation in Kuala Lumpur or the state of Selangor was so difficult that we could not even imagine when we would be able to open,” said Prime Minister Ismail Sabri Yacob.

The Malaysian authorities expect that by December the coronavirus will become endemic, which will allow many sectors of the economy to be fully opened and most restrictions to be lifted. This opinion was expressed by Prime Minister Ismail Sabri Yacob in an interview published on Sunday with The Star newspaper.

we could not even imagine when we would be able to open,” the head of government said. “But it is already possible to announce that by December we will move into the endemic stage, and this will allow us to open all sectors of the economy,” said Ismail Sabri Yacob.

Meanwhile, according to him, , "during the endemic period, residents will have to learn to live with the coronavirus." He recalled that "when the vaccination rate [of the adult population] reaches 90%, the authorities will allow free travel between the states." “The next step,” the prime minister promised, “will be opening the borders for travel.”

To date, more than 86% of adults have received the coronavirus vaccine in Malaysia. The authorities began vaccinating adolescents on September 20, according to forecasts, by the beginning of next year, when the new school year starts in the country, approximately 80% of this age category should receive both doses of the vaccine.

China has published a list of 4 vaccines allowed for export 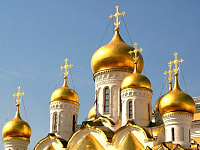 China is becoming more and more attractive to foreign investors

Ex-Prime Minister of Japan congratulated the Russians on the holiday

Epidemiological measures for tourists will be strengthened in Kamchatka