The festival will include thematic round tables, poetry readings, seminars, meetings of writers with teachers and university students.

The thirty-seventh International Gamzatov Literary Festival "White Cranes" will be held in Dagestan from September 7 to 9. This was reported on Wednesday in the press service of the Ministry of Culture of Dagestan.

Thematic round tables, poetry readings, seminars, meetings of writers with teachers and university students are planned within the framework of the festival.

"From September 7 to 9, Dagestan will host the XXXVII International Gamzatov Literary Festival "White Cranes". This year, the traditional event will launch the celebration of the 100th anniversary of the birth of the national poet of Dagestan Rasul Gamzatov," the message reads.

It is noted that the starting point of honoring the centennial anniversary will be the All-Russian Plenum of the Union of Writers of Russia, which will bring together poets, writers and translators from different regions of the country and abroad.

"Festive events will be held in Makhachkala, Derbent, as well as in the poet's small homeland - in the village of Tsada, Khunzakh district, and Guniba, where the monument "White Cranes" is installed.

The literary festival dates back to 1986. It was established by Rasul Gamzatov as a celebration of spirituality and poetry, in memory of fallen soldiers on the battlefields. After the poet passed away, the holiday became known as the International Gamzatov Festival "Days of White Cranes" and was timed to coincide with his birth date - September 8.

The centenary of the poet's birth will be celebrated in 2023, in accordance with the decree of Russian President Vladimir Putin, the organizing committee has been approved.

Vladimir Putin was familiar with Gamzatov, the president often cites the poet's work as an example of the contribution that Dagestan has made to Russian culture. The Head of State called Gamzatov a wonderful person, a role model not only for Dagestan, but for the whole of Russia.

Gamzatov was born in the Dagestan village of Tsada on September 8, 1923. He wrote dozens of poetic, prose and journalistic books in Avar and Russian, including "High Stars", "Writings", "The Year of my birth". Many of the poet's poems were set to music. Gamzatov died on November 3, 2003, and was buried in the old Muslim cemetery in the Dagestan village of Tarki at the foot of Tarki-Tau Mountain.
Russia Dagestan festival white cranes Rasul Gamzatov TASS
|
Facebook
|
Twitter
|
VKontakte
|
Odnoklassniki

Rocket take–off with your own eyes, the first Chinese airliner, young talents of the Celestial Empire - see "Chinese Panorama"-230

Temples in Myanmar during the pandemic were attacked by robbers 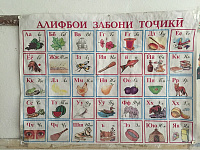