According to the latest study by the consulting company Mercer, the city topped the list of megacities in which foreigners live the most.

Sociologists annually assess life in more than 200 major cities in the world. Parameters such as the cost of travel in urban public transport, prices for clothing and entertainment, food, rental housing and a number of other parameters are taken into account.

As experts explain, the result is quite expected, since  For years, housing and rental prices in Hong Kong have been steadily rising. Today, the monthly rent of a two-bedroom apartment will cost almost $7.6 thousand. This is almost one and a half times more than in New York, where similar housing will cost a little more than $5.7 thousand.

Shanghai, Singapore and Seoul are also noted among the leaders. The capitals of Kyrgyzstan and Uzbekistan Bishkek and Tashkent became the most budgetary cities. Following Hong Kong in the list of leaders is Tokyo, which has not left the rating of the most expensive cities in the world for many years.

It is noteworthy that the capital Japan occupies the top lines of ratings of the most different directions. As previously reported by Big Asia, this year the city was rubezhom/">recognized as the best place to study abroad.

Rostec presented at the ITAP-2019 exhibition in Singapore

Cyprus celebrated the Day of Family, Love and Fidelity 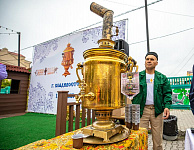 The World Day of the Russian samovar was celebrated in Vladivostok

Commemorative coins to be issued in China for the New Year

Fresh snow is sold in Omsk

Military cooperation between Russia and Iran discussed in Moscow