Xi Jinping took part in laying wreaths at the monument to National Heroes in Beijing.

The wreath-laying ceremony at the monument to National Heroes took place on Friday at Tiananmen Square in the center of the Chinese capital. It was attended by Chinese President Xi Jinping and other members of the country's top leadership. The broadcast was conducted by China Central Television.

Servicemen, members of the public, and children also took part in the event on the occasion of the Memorial Day of Fallen Heroes.

The Memorial Day of Fallen Heroes was approved in 2014. It is believed that since the First Opium War (1840-1842), the country has lost about 20 million fighters in the events of the national and liberation struggle. At the same time, it was specifically possible to establish the names of about every tenth. By tradition, 300 more family signs are added to this memorial list every year.

In 2018, Chinese parliamentarians adopted a law on the protection of the honor and dignity of the fallen, according to which it is prohibited to commit acts discrediting the memory of national heroes. It is also unacceptable to glorify the aggressors and their accomplices.

The wreath-laying ceremony at the monument to National Heroes is held annually on the eve of the Day of the Formation of the People's Republic of China, celebrated on October 1. From October 1 to October 7, China has declared a weekend.

Farmers flee their homes in Bangladesh due to rising waters

The President of Russia spoke about participation in the Kamchatka expedition 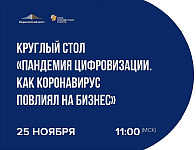 In Palestine, the artist built a cafe in the shape of a tree crown

882 Syrians returned to their homeland in a day