Large consignment of AstraZeneca vaccines delivered to the Philippines

The coronavirus vaccine from the British-Swedish company AstraZeneca was delivered to the Philippines on Saturday. A batch of 2 million doses of the drug has arrived in the country under the COVAX program.

According to the ABC-CBC media group, this is the first such large batch of coronavirus vaccine delivered to the Philippines. The first 525.6 thousand doses of AstraZeneca arrived in the republic on March 4. Thus, the total number of doses delivered to the country reached 7.54 million, most of them produced by the Chinese company Sinovac. As of May 4, 1.7 million people in the Philippines have received the vaccine.

The day before, the Ministry of Health of the republic allowed the resumption of the use of AstraZeneca for people under the age of 60 years. At the end of March, the authorities suspended its vaccination due to reports of its association with the formation of blood clots.

On January 30, 2020, the first case of coronavirus infection was detected in the Philippines. To date, the total number of people infected in the republic has exceeded 1.08 million, more than a million people have recovered, and 18,000 patients have died. The authorities of the country, in addition to the Moderna vaccine, approved the emergency use of Sputnik V, as well as drugs from the American company Pfizer, the British-Swedish company AstraZeneca, the Chinese Sinovac, the Indian Bharat Biotech and Janssen, owned by the American corporation Johnson & Johnson. On March 1, vaccination with the Chinese drug CoronaVac began in the country with medical workers, 600 thousand doses of which were delivered to the republic on February 28.
Philippines delivery vaccine coronavirus COVID-19 TASS
|
Facebook
|
Twitter
|
VKontakte
|
Odnoklassniki

The award of the Russian Guard took place in Moscow

Japan will host the first Snow Festival in three years

As part of the Zaslon-2021 exercise, the work of a special squad of doctors will be shown

In the north of China in mid-August, joint exercises of the Armed Forces of Russia and China will be held

80 years ago, NKVD troops detained a spy on Red Square

Equestrian tourism is being developed in the Xinjiang Uygur Autonomous Region

Abnormal heat will come to China 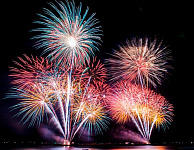 Pyrotechnic festival kicks off in Thailand