Kyrgyzstan stopped the spread of coronavirus in three weeks

Kyrgyzstan has passed the peak of the spread of coronavirus in just three weeks.

Kyrgyzstan was able to pass the peak of the spread of coronavirus infection in the territory of the republic in just three weeks. This was stated on Tuesday at a meeting of the republican operational headquarters by the country's Prime Minister Kubatbek Boronov.

“The Government of Kyrgyzstan, together with the President and society, promptly took drastic measures, which helped to overcome the acute period of the disease in the shortest possible time —in three weeks”,    he said. According to him, in most countries of the world, this process took longer. “The peak of the pandemic in China was in January, February, March and April, thus lasting up to 85 days. In Europe, the peak incidence occurred in March, April, May, and lasted about 100 days. In the United States, the virus has not been able to be suppressed since April, and their incidence peak has been going on for the fifth month already, - said the head of the Cabinet.

According to  Kyrgyzstan were taken effective measures to stop the spread of coronavirus, including the introduction of quarantine regimes, a state of emergency and an emergency .

As Boronov emphasized, Kyrgyzstan also became one of the few countries where it was decided to combine cases of coronavirus and community-acquired pneumonia in statistics. At the same time, most states included only laboratory-confirmed cases in their statistics. “In our country, they make up about 43 percent of the number of infected people, clinical and epidemiological cases— 57 percent,” the prime minister specified.

In total, since the beginning of the pandemic in Kyrgyzstan revealed more than 44 thousand cases. cases of infection with coronavirus and community-acquired pneumonia, over 39 thousand people recovered, 1,062 died. The situation in Kyrgyzstan, where almost 6.5 million people live, escalated at the end of June: doctors began to record 500-700 cases of coronavirus infection every day. In July, for several days in a row, this figure ranged from 900 to 1,000 cases per 24 hours, the state of emergency declared in March due to the pandemic continues to operate in the country. The situation began to stabilize at the end of August, when the number of detected infected people decreased per day on average to a hundred people. About a hundred doctors from Russia arrived to help Kyrgyz doctors in July, who worked in the republic for about a month.

Rules for buying property in Azerbaijan have changed

Tariff for cold water in Almaty will be reduced by 10%

"Kazakhstan oryssha": results of the press tour of Kazakh journalists to Moscow 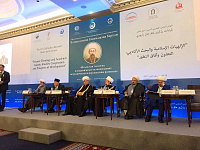 China works closely with WHO on COVID-19 research

The cost of registration of foreigners in Uzbekistan has changed