India and Russia can work together to recognize Hindi as the UN language.

India and Russia can unite and make efforts to recognize Hindi as the official language of the UN. This was stated on Tuesday by the chairman of the Indian Council for Cultural Relations (ICCR), acting under the Ministry of Foreign Affairs of the South Asian Republic, Vinay Sahasrabuddhe.

"If India and Russia and some other country will unite, we can make Hindi or another Indian language become a language recognized by the UN. Recognized in the sense that literature was published in this language, there was a translation into this language at UN events," he said.

"In terms of promoting Hindi, strengthening the linguistic traditions of Hindi, we can work together [with Russia]," Sahasrabuddhe is sure.

Yakutia is a leader in the development of human capital

In an unusual way, the leaders of China thanked their subordinates 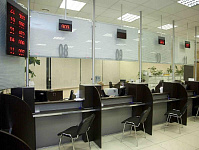