The authorities of Kazakhstan have purchased 4 million doses of the Vero Cel vaccine against coronavirus infection from the Chinese company Sinopharm. This was announced by the press service of the Ministry of Health of Kazakhstan on Tuesday.

“Based on the instructions of the Interdepartmental Commission for the Non-Proliferation of Coronavirus in Kazakhstan and the Ministry of Health of Kazakhstan, a single distributor [SK-Pharmacia medicines] purchased 4 million doses of the vaccine company Sinopharm, developed by the Beijing Institute of Biological Products,” the report says.

It was noted that on August 10, the plane with the first batch of vaccine in 1 million doses arrived in Alma-Ata at the warehouses of SK-Pharmacy. “The vaccine from Sinopharm will be the fifth registered vaccine in Kazakhstan, which in the coming days will be available for vaccination against coronavirus infection of citizens of the republic,” the press service added. The Ministry of Health noted that this drug does not require a freezer, it is stored and transported at a temperature of +2 to +8 degrees.

On February 1, Kazakhstan began to vaccinate the population against coronavirus with Sputnik V, produced in Russia . At the end of February, the shipment to the regions of the Russian vaccine, produced on the basis of the Karaganda pharmaceutical complex, began. On April 26, vaccination with the local drug QazVac began in the republic. At the end of April, the National Welfare Fund Samruk-Kazyna purchased 1 million doses of the Hayat-Vax vaccine from the Chinese company Sinopharm. In early June, the first batch of CoronaVac  production of Chinese Sinovac Biotech in the amount of 500 thousand doses. On July 15, the Russian Direct Investment Fund announced that the Ministry of Health of Kazakhstan has registered the single-component drug Sputnik Light.

5,807,646 people were vaccinated with the first component of the vaccine in Kazakhstan, of which 4,445,534 people completed the vaccination process. The population of the republic is 19 million people.
China Kazakhstan SinoPharm vaccine coronavirus COVID-19 TASS
|
Facebook
|
Twitter
|
VKontakte
|
Odnoklassniki 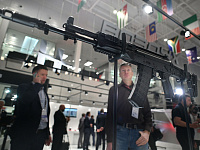 New airfields to be built in the Far East

Georgia will soon have special passports for vaccinated citizens

Nur-Sultan street will appear in Mongolia