Kazakhstan has released the first 50,000 doses of its own QazVac vaccine

Kazakhstan has released the first batch of a local coronavirus vaccine.

The first 50,000 doses of the Kazakhstani vaccine against coronavirus QazCovid-in (Kazkovid-in, trade name QazVac - "Kazvak") were produced on the basis of the Scientific Research Institute for Biological Safety Problems of the Republic, in which this drug was created, said at a briefing in Vice Minister of Education and Science of Kazakhstan Miras Daulenov.

"50,000 doses of the vaccine have already been produced. Quality control is being carried out. On April 25, the Institute will be ready to ship the vaccine to the warehouses of the [single drug distributor funds] SK-Pharmacia. Further, the institute can produce the vaccine in such small batches, "said Miras Daulenov. He noted that on April 15, 50% of the third phase of clinical trials of the Kazakhstani vaccine is being completed, fully testing the drug are scheduled to be completed in July.

scientists and specialists from the Research Institute of Biological Safety Problems worked on the inactivated QazCovid-in vaccine. Their work was based on the experience of creating vaccines against other diseases, including highly pathogenic avian influenza and swine influenza. The inactivated vaccine was developed on the basis of a virus that was neutralized under the influence of chemicals.

-v-nachinaetsya-v-kazakhstane/">On February 1, Kazakhstan began to vaccinate the population against coronavirus infection using the Sputnik V vaccine, which was produced in Russia. At the end of February, the shipment of the drug "Sputnik V", produced on the basis of the Karaganda pharmaceutical complex, began to be shipped to the regions of the country. From the second quarter of this year, the QazCovid-in vaccine, which is currently undergoing the third phase of clinical trials, is planned to be included in the vaccination process of the population.
Kazakhstan production vaccine coronavirus COVID-19 TASS
|
Facebook
|
Twitter
|
VKontakte
|
Odnoklassniki

Turkey continues to rescue migrants in distress at sea

50 thousand new jobs will be organized in Uzbekistan 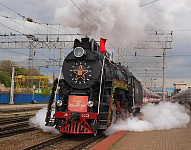 Retro train "Victory" will arrive in KBR on April 23

The Amur Youth Forum has started in the Khabarovsk Territory

Dagestan Derbent and the Turkish city of Antalya will fraternize

Georgia will hold a charity fair

In the Moscow region, the special forces of the Russian Guard practice skills in tactical medicine

In Israel, because of the coronavirus, weddings are held in empty halls