In late December or early January, it is planned to supply 150,000 doses of the vaccine.

The Kazakh authorities plan to deliver 150,000 doses of the Russian Sputnik Light coronavirus vaccine to the republic at the end of December of this year or at the beginning of January 2022. Aizhan Esmagambetova, chairperson of the Sanitary and Epidemiological Control Committee of the Ministry of Health of Kazakhstan, told reporters about this on Tuesday.

According to her, negotiations are underway with vaccine manufacturers. “Preliminary negotiations have been held on the Sputnik Light vaccine. It is planned to supply about 1 million doses in the first quarter of 2022,” the representative of the Ministry of Health explained.

Aizhan Esmagambetova noted that Kazakhstan is also negotiating the supply of coronavirus vaccines with other countries.< br>
In Kazakhstan, on February 1, people began to vaccinate the population against coronavirus with Sputnik V, produced in Russia. At the end of February, the shipment to the regions of the Russian vaccine, produced on the basis of the Karaganda pharmaceutical complex, began. On April 26, immunization with the local drug QazVac started in the republic. At the end of April, the National Welfare Fund Samruk-Kazyna purchased 1 million doses of the Hayat-Vax vaccine from the Chinese company Sinopharm. . On July 15, the Russian Direct Investment Fund announced that the Ministry of Health of Kazakhstan had registered the single-component vaccine Sputnik Light. In early August, 1 million doses of Vero Cell  from Sinopharm. On November 10, the republic received the first batch of the Comirnaty coronavirus vaccine produced by the American company Pfizer and its German partner BioNTech, it is administered to adolescents over 12 years old and pregnant women.
Russia Kazakhstan deliveries vaccine Sputnik light coronavirus COVID-19 TASS
|
Facebook
|
Twitter
|
VKontakte
|
Odnoklassniki 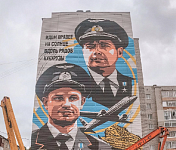 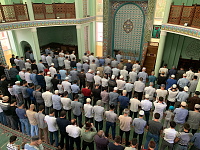 Winter Olympic Games in Beijing will be completely "green" 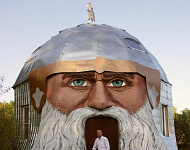 Competition for Anthem and Logo of Nur-Sultan Announced

More than 5.4 million Kazakhstanis received the first dose of the vaccine