Kazakhstan is negotiating with Russia on the supply of the Sputnik Light vaccine.

The authorities of Kazakhstan are negotiating with Russia on the possible supply of the Russian vaccine against coronavirus Sputnik Light to the republic. This was announced to journalists on Tuesday by the Minister of Health of the Republic Aleksey Tsoi.

“We are now working on this issue. We asked our Russian colleagues about the possibility of supplying the Sputnik Light vaccine, Aleksey Tsoi said, answering a question from TASS.

According to him, the volume of possible supplies has not yet been determined. “For Sputnik Light, we have now asked what volumes Russia can give out, because there is also a need for their own market there. As soon as we receive a commercial offer, how much vaccine can be supplied, we will [subjectively] discuss. We probably do not need large volumes at the moment, because, in principle, we have enough vaccines for revaccination by the end of the year. And we are planning deliveries for the next year,” the minister explained.

He recalled that the Karaganda Pharmaceutical Complex had produced an experimental batch of Sputnik Light. “We have already produced an experimental batch there [in Karaganda], now the issue is being worked out, including production. A test batch was produced there in order to test the technology, run it in and then check it directly with the development institute, ”explained Aleksey Tsoi. He noted that the tests of the first batch of Sputnik Light on the basis of the pharmaceutical complex were successful.

V", produced in Russia. At the end of February, the shipment to the regions of the Russian vaccine, produced on the basis of the Karaganda pharmaceutical complex, began. On April 26, immunization with the local drug QazVac started in the republic. At the end of April, the National Welfare Fund Samruk-Kazyna purchased 1 million doses of the Hayat-Vax vaccine from the Chinese company Sinopharm.

In early June, the country received the first batch of CoronaVac produced by the Chinese company Sinovac Biotech in the amount of 500,000 doses. On July 15, the Russian Direct Investment Fund announced that the Ministry of Health of Kazakhstan had registered the single-component vaccine Sputnik Light. In early August, 1 million doses of Vero Cell from Sinopharm were delivered to the republic. On November 10, the republic received the first batch of the Comirnaty coronavirus vaccine produced by the American company Pfizer and its German partner BioNTech, it is administered to adolescents over 12 years old and pregnant women.
Russia Kazakhstan deliveries vaccine Sputnik light coronavirus COVID-19 TASS
|
Facebook
|
Twitter
|
VKontakte
|
Odnoklassniki

Rosh Hashanah, or Judgment Day, when you can not sleep

Planes to China will be launched from Sochi 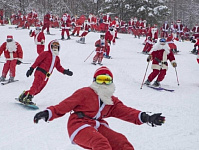