Kazakhstan announced a meeting with Russia on Baikonur

The head of the Ministry of Finance of Kazakhstan plans to discuss the topic of Baikonur with Dmitry Rogozin in August.

Minister of Digital Development, Innovation and Aerospace Industry of Kazakhstan Bagdat Musin, commenting on the situation around the Gagarin Launch, said on Tuesday that he plans to discuss the activities of the Baikonur cosmodrome with the head of Roscosmos Dmitry Rogozin in August.

Site No. 1 ("Gagarin's Start") — the oldest launch pad at the Baikonur cosmodrome, the Vostok spacecraft with the world's first cosmonaut departed from it on April 12, 1961 Yuri Gagarin on board. It is planned to create a trilateral joint venture (Kazakhstan, Russia and the UAE) to modernize the launch pad and service launches of Soyuz-2 launch vehicles.

"The Arab Emirates did not give consent, we have now scheduled a meeting with Mr. Dmitry Rogozin in August on the whole topic of Baikonur. At the moment, the attraction of investors has been suspended," he told reporters. The head of the department also noted that the project was suspended due to a decrease in activity on manned launches.

At the end of December last yearBagdat Musin stated that Kazakhstan and Russia will look for another investor for the Gagarin Launch modernization project at the Baikonur cosmodrome if the UAE delays making a decision on this issue. 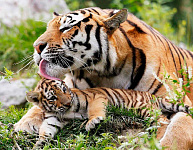 A new population of Amur tigers will be created in Kazakhstan

In February-March 2022, a summit of Russia, Turkey and Iran will be held in Tehran

There will be cinema: cinemas reopen in Saudi Arabia