"Kamolot" was transformed into the Union of Youth of Uzbekistan

At the fourth congress of the Kamolot Youth Public Movement on Friday, it was decided to transform the structure into the Youth Union of Uzbekistan. The President of the country Shavkat Mirziyoyev spoke at the congress, the Akhborot program of the Uzbekistan TV channel reported.

Movement "Kamolot" was established 16 years ago, in 2001 , the head of state noted. Much has been done over the years, but it's time to take stock and to address shortcomings  he    was noted in the report.   The president is aware of all the problems and firmly stressed:„We will change““. After all, the main goal — don't criticize, the main — notice the problem in time and  fix».

Shavkat Mirziyoyev emphasized: «We adults and should understand all the responsibility to future generations». He stated the importance to reconsider, if necessary, the education program, the training program, the activities of the movement itself.

"I conversed a lot with young people before coming to such a decision   — quoted the program of the President. A completely new organization will be created with a new charter, new procedures, and methods of work. The Union will participate in the life of the country. We wait from you new ideas, initiatives, knowledge, a new look at reforms, at further development of the country».

«How much we fight with a system that is outdated, not taking into account many aspects current realities. It's time to give the floor to the young, to those who want to make life better, — the program quoted the words of the head of state.

Kakhramon Kuranbaev, who previously worked as Deputy State Advisor to the President on organizational and personnel issues, was elected Chairman of the Central Council of the Youth Union of Uzbekistan. Previously, he held the posts of First Deputy Chairman of the National Television and Radio Company and Head of the Republican Spiritual Propaganda Center.

Shavkat Mirziyoyev proposed declaring June 30 as the Youth Day of Uzbekistan and establishing a number of state awards and titles for young people who have made a worthy contribution in the development of various spheres of life. In addition, it was proposed to create a school for young men "Temurbeklar Maktabi".

Participants of the quest will acquire cultural bonds 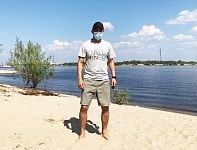 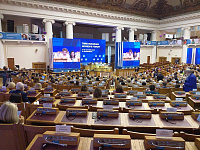 Preparations for the Fourth Eurasian Women's Forum have begun

Over 2.1 billion doses of COVID-19 vaccines administered in China

In Ulaanbaatar, Buddhists widely celebrated the birthday of Buddha Shakyamuni