This decision was made by the Ministry of Education of the Land of the Rising Sun.

The head of the department, Masahiko Shibayama, said that the Japanese government will now consider this issue. It is proposed to allow the use of phones, including smartphones, by elementary and middle school students.

The ban was introduced in 2009. The Ministry of Education and Science considered that gadgets only distract the attention of children, directly in the educational process & nbsp; Smart devices were not used.

According to the local news agency Gigi, the education department has now decided that such a measure is no longer appropriate for the times. “The social and educational environment is rapidly changing. Plus, you can’t do without means of communication in the event of a natural disaster,” the minister noted. 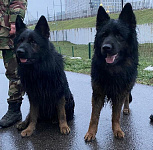 Young opinion leaders from a hundred countries will meet at SPIEF

In Indonesia, cats dress up as characters from fairy tales

Russian documentary cinema is gaining momentum on the international market