The Minister of Tourism of Israel will fly to the Russian Federation to coordinate the mechanism for the entry of tourists.

An Israeli delegation headed by Minister of Tourism Yoel Razvozov will leave for Moscow on November 17 to agree on a mechanism for admitting Russian tourists vaccinated against the coronavirus with the Sputnik V vaccine. This was reported to TASS on Tuesday by a source close to the head of the Ministry of Tourism of the Jewish State.

Moscow to discuss how to make the entry process for [Russian] tourists safe and comfortable. The delegation will also include [coordinator for the fight against coronavirus of the Israeli Ministry of Health] Professor Salman Zarka,” the source said.

On November 15, Israel officially recognized the Russian Sputnik V vaccine. However, as reported on the same day in a joint communiqué of the Ministry of Tourism and the Ministry of Health of Israel, “due to the detected difficulties of a technical and legal nature in the existing entry procedure for foreign tourists, the arrival of tourists vaccinated with Sputnik V will become possible from 01.12. 21". Until that time, “systems will be synchronized, legal language and commitments completed” so that the entry mechanism will work “without misunderstanding in order to take care of maintaining the health of both Israeli citizens and tourists, providing them with comfortable conditions and an enjoyable tourism experience,” it says. in the document.

Since March 2020, Israel has been effectively closed to tourism. Entry into the country was possible only for returning citizens or foreigners who received special permission. Since May, as part of a pilot program, several organized foreign tourist groups have been admitted to the country, fully vaccinated with US-approved drugs.

The Israeli Ministry of Tourism announced back in April that it was considering July 1 as a possible date for starting admission of vaccinated tourists into the country from a number of countries on an individual basis, but the implementation of these plans was postponed several times due to the epidemic situation.

On November 1, Israel opened its borders to foreign tourists vaccinated no more than six months ago with WHO-approved drugs, subject to a number of conditions for the number of received vaccines and boosters. Eligible foreigners must take PCR tests 72 hours prior to departure and remain in isolation at Ben Gurion Airport in Israel until they receive a negative result.

To be admitted to Israel, foreigners must have 14 days before entry, “they cannot be in a country belonging to the red zone [due to the threat of the spread of coronavirus],” the Ministry of Health said earlier. In addition, tourists must fill out a special passenger declaration 24 hours before entering Israel.
Russia Israel vaccine Sputnik V tourism entry TASS
|
Facebook
|
Twitter
|
VKontakte
|
Odnoklassniki

Large consignment of Chinese vaccine arrives in the Philippines

China has published a list of 4 vaccines allowed for export

Kazakhstanis will have to declare gifts received at the celebrations

Japan lowers the age of majority 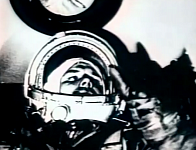