At the same time, the Ministry of Health indicated that restrictions on entry into and exit from the country "will remain in force and, if necessary, will be tightened."

Israeli Health Minister Yuli Edelstein announced on Sunday that the mandatory wearing of face masks in the country will be lifted from June 15.

“After a series of discussions, we came to the conclusion that if in the coming days, the situation with the spread of covid and the corresponding indicators will not worsen, we will cancel the order to wear masks indoors from June 15, ”Kan, the state-owned Israeli radio, quoted the minister as saying at a ceremony in honor of medical workers fighting the coronavirus pandemic. Yuliy Edelstein noted that the relief will not apply to schools. Since April 18, the Israeli authorities have completely opened the education system and allowed not to wear protective masks in the open air.

Since June 1, Israel has lifted all quarantine restrictions aimed at preventing the spread of coronavirus, except for the requirement to wear protective masks indoors . The decision to actually cancel almost all prescriptions was made by the authorities due to the low and stable level of the incidence of covid. At the same time, as indicated by the Ministry of Health, restrictions on entry into and exit from Israel "will remain in force and, if necessary, will be tightened." Since May 31, the Israeli Ministry of Health has included Russia and Argentina in the list of countries where citizens of the Jewish state are prohibited from traveling due to the spread of the coronavirus. This order is valid until June 13 and "will be extended as necessary," the press service of the ministry said. Ukraine, Ethiopia, Brazil, South Africa, India, Mexico and Turkey have been on the red list for more than a month.

Vaccination of the population with Pfizer began in Israel on December 20 last year. According to the Ministry of Health, nearly 5.46 million Israelis have received the first dose so far, and 5.137 million have received the second dose, which is more than 55% of the country's total population of 9.3 million people. Since June 6, vaccination of children aged 12 to 15 years has begun in the country, Kan reports.
Israel Ministry of Health quarantine masks coronavirus COVID-19 TASS
|
Facebook
|
Twitter
|
VKontakte
|
Odnoklassniki

10 thousand dollars returned to a resident of Kazakhstan

Indian women allowed to be colonels in the army

Russia resumes flights with a number of countries

A website with information about all stores will appear in Turkmenistan 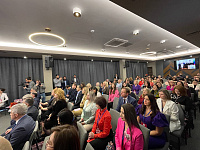 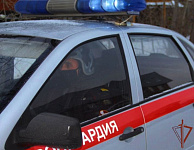