The Israeli Ministry of Health has canceled the mandatory wearing of protective masks indoors from June 15, which is the last quarantine order inside the country, the ministry's press service said. > signed an amendment to the public health order removing the mask requirement [indoors] effective Tuesday, June 15, 2021,” the post reads. The following cases are indicated as exceptions: “long-term hospitalization medical institutions, geriatric departments, as well as nursing homes”, “persons heading to the place of mandatory self-isolation”, “passengers during flights”, the department indicated. Additional instructions will be issued for medical institutions, the press service of the Ministry of Health noted.

bolshinstvo-ogranicheniy-po-covid-19/">From June 1, all quarantine restrictions aimed at preventing the spread of coronavirus were lifted in Israel, except for the requirement to wear protective masks indoors. The decision to actually cancel almost all prescriptions was made by the authorities due to the low and stable incidence of covid. Vaccination of the population with Pfizer  began in Israel on December 20 last year. Nearly 5.479 million Israelis have received the first dose so far, and 5.144 million have received the second dose, representing more than 55% of the country's total population of 9.3 million and more than 76% of adults, according to the Ministry of Health. On June 6, vaccination of children aged 12 to 15 began in Israel, the state radio station Kan notes.

However, as indicated by the Ministry of Health, restrictions on entry into and exit from Israel remain in place and, if necessary, be tightened. The entry of foreigners to Israel has been restricted since the beginning of the year, and on June 11, the Israeli government approved the extension until June 27 of the period of restrictions on the exit of citizens of the Jewish state to countries included in the so-called red list due to the spread of covid. Since May 31, the Israeli Ministry of Health has included Russia and Argentina in this list, where by that time Ukraine, Ethiopia, Brazil, South Africa, India, Mexico and Turkey already were.
Israel restrictions quarantine coronavirus COVID-19 pandemic TASS
|
Facebook
|
Twitter
|
VKontakte
|
Odnoklassniki

Pensioners in Turkey got married after 60 years of marriage

Minibuses to be cleaned and repaired in Tbilisi

Sputnik V vaccination could start in India in 10 days 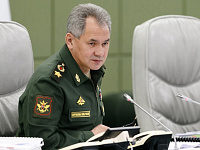 “Online communication multiplies the audience,” says the head of Rossotrudnichestvo

Chinese aerobatic team performed in Kubinka for the first time