Iran and Azerbaijan discussed the opening of land borders between the two countries.

The land border between Iran and Azerbaijan, closed due to the pandemic, should be opened. This was stated on Thursday by Iranian Foreign Minister Hossein Amir Abdollahian during telephone conversations with Azerbaijani Foreign Minister Jeyhun Bayramov.

"Hossein b>Amir Abdollahian stressed that it is necessary to open the land border between Iran and Azerbaijan, given that both countries have taken the situation with the spread of coronavirus under control," the press service of the Iranian Foreign Ministry reported.

Jeyhun Bayramov, in turn, said that "Azerbaijan welcomes the activity of Iranian companies to restore the liberated regions [of Nagorno-Karabakh]". "I hope that after the decision of the Azerbaijani headquarters for the fight against coronavirus, the land border will be opened soon," he said.

In connection with the spread of the coronavirus, the Azerbaijani authorities have decided to close the land border with Iran for travelers. At the same time, air traffic is not subject to restrictions.
Iran Azerbaijan border Ministry of Foreign Affairs Hossein Amir Abdollahian Jeyhun Bayramov TASS
|
Facebook
|
Twitter
|
VKontakte
|
Odnoklassniki

The main Jewish reception of the year was held in Russia

You can pay with your face on the Chinese subway 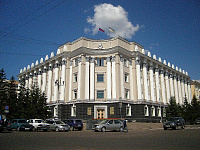 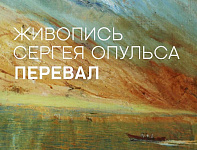 Mobile Internet appeared in 23 small villages of the Amur region

Postage stamps issued in honor of Army Games 2017 in China

More than 60 thousand guests visited the resorts "Elbrus", "Arkhyz" and "Veduchi" in the first days of the year