Inhaled vaccine against COVID-19 may soon appear in Russia

Petrovax is ready to produce an inhaled form of Chinese COVID-19 vaccine.

The Russian biopharmaceutical company Petrovax is technologically ready for the production of the inhaled form of the Chinese coronavirus vaccine Convidezia, developed by the leading Chinese immunobiological company CanSino Biologics Inc. This was reported to TASS in the press service of the company.

“In general, we are technologically ready to produce the inhalation form, since a new line was built earlier for the project. We will only need minor upgrades," the message says.

A team of Chinese researchers found that CanSino's inhaled COVID-19 booster vaccine elicited a higher level of immune response in those who were vaccinated with two doses of the Sinovac vaccine, than the third dose of this vaccine, Petrovax noted. The studies involved 420 patients. Those who received the CanSino booster had levels of neutralizing antibodies in the blood 7-11 times higher than those who received the third dose of Sinovac.

In addition, the CanSino booster showed effectiveness against the  delta strain. The neutralizing ability of blood serum against "delta" increased 18-24 times 28 days after inhalation. Petrovax emphasized that the start of the project for the production of the inhaled version of the Konvidezia vaccine in Russia will depend on the registration of the injectable form of the vaccine.

“The investment project for development and further production of the classic version of the Konvidezia vaccine was launched in 2020, and over 2 billion rubles were invested in its implementation . The new production line is ready for the release of the vaccine. At currently we expect registration in RF. The production of industrial batches will begin after obtaining permits from the regulator," the company reminded.

Petrovax will be able to apply for the approval of the inhaled version of the Convidezia vaccine in Russia after receiving the necessary data. The possibility of exporting the vaccine is also being considered, certain agreements have already been concluded, the companies added.

Petrovax is a Russian full-cycle biopharmaceutical company, part of Interros Group. Petrovax's product portfolio includes its own original medicines and vaccines produced in cooperation with leading domestic and foreign companies, as well as generic drugs.

Parade in honor of new president held in Mongolia

Kabardino-Balkaria is developing the digitalization of municipal services

In China, the coronavirus is slowly but surely receding 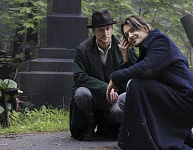