Speaking before the country's parliament, Indonesian President Joko Widodo officially proposed that legislators move the state capital from Jakarta on the island of Java to the island of Kalimantan (Borneo). This is reported by TASS with reference to the Reuters agency.

"I ask your permission to move the national capital to Kalimantan

At the same time, the President said that the new capital will become a symbol of national identity and demonstrate the progress of the Indonesian people in their pursuit of economic equality and justice.

At the same time, J. Widodo kept silent about which city would be endowed with the functions of the capital.

I'm Asia" already wrote that on August 2 ?sphrase_id=428865">The Indonesian government has approved a plan to move the capital of the republic from Jakarta to the island of Kalimantan in the center of the country. The project can start in 2021, its cost is estimated at $32.5 billion 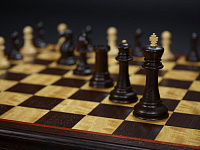 An Afghan man traveled 4,500 km on a bicycle to participate in the Hajj

Taiyuan diver risks his health to save people

The Russian Guard congratulates all mothers of Russia on the holiday