Sputnik V could be approved in Indonesia at the end of April.

The Indonesian authorities may register the Russian Sputnik V vaccine against coronavirus as early as the end of this month. Denis Tetyushin, press secretary of the Russian embassy in the country, Tetyushin.

“Currently, Sputnik V is not registered in Indonesia. According to the head of the local regulator, the Indonesian Medicines and Foods Control Agency,Penny Lukito, this process can be completed at the end of April this year upon receipt of a number of necessary documents from the RDIF,” the agency’s interlocutor informed.< br>
Denis Tetyushin added that Indonesia is “interested in procuring a domestic vaccine for use in the private sector vaccination program.”

The first phase of vaccination began in Indonesia in mid-January, The government expects that the program will cover at least 181 million people, about two-thirds of the total population of the republic. Jakarta received about 3 million doses of the Chinese Sinovac vaccine at the end of last year, and another 30 million doses are expected to be delivered during the first quarter, for a total of almost 125 million doses. At the same time, the country's authorities intend to sign agreements with Pfizer-BioNTech (Pfizer-Biontek), Novavax (Novavax) and AstraZeneca (AstraZeneca) to purchase 100 million doses from each company. In addition, the Ministry of Health previously announced that private companies are considering purchasing vaccines from Sputnik V, as well as from Moderna (Moderna) and Sinopharm (Sinopharm).

Presidential school to be built in Khiva 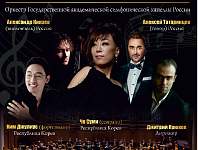 Turkey has tested the first sonar of its own production

In Taiwan, the laying ceremony of the prototype of its own submarine