In Indonesia, the second phase of vaccination has started, which should cover about 38 million people.

The second phase of mass vaccination against coronavirus started on Wednesday in Indonesia. According to President Joko Widodo, it will cover at least 38 million people.

According to the President, this time people over 60 years of age, civil servants, as well as those whose work associated with constant social contact. Minister of Health Budi Gunadi Sadikin, visiting one of the capital's largest markets on Wednesday, said that "the government does not limit places for vaccination." He clarified that “vaccinations will be done not only in medical institutions, but also at workplaces, as well as in markets, at large sports facilities.”

The head of the department also noted that at the current stage, vaccination will be carried out only in Jakarta, Bali and Java.

The first phase started in Indonesia on January 13, and approximately 1.5 million healthcare workers have received the vaccine so far. In total, the government expects that the vaccination program will cover at least 181 million residents - about two-thirds of the total population of the republic.

Jakarta received about 3 million doses of Sinovac vaccine at the end of last year, during delivery of another 30 million doses is expected in the first quarter, for a total of nearly 125 million doses. At the same time, the country's authorities intend to sign agreements with Pfizer (Pfizer), Novavax (Novavax) and AstraZeneca (AstraZeneca) to purchase 100 million doses from each of them. In addition, the Ministry of Health previously stated that private companies are considering the possibility of acquiring the Russian Sputnik V vaccine, as well as Moderna (Moderna) and Sinopharm (Sinopharm) drugs.
Indonesia vaccination COVID-19 TASS
|
Facebook
|
Twitter
|
VKontakte
|
Odnoklassniki

A help line is open for Russians in Kazakhstan 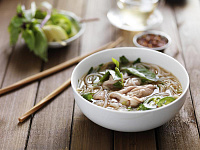 Pho soup is one of the best budget meals in the world.

Cosmos was born in Altai

An expert-youth conference was held in Bishkek