India will completely remove restrictions on the number of domestic flights

From October 18, Indian airlines will be able to operate domestic passenger flights in the same number as it was in the period before the coronavirus pandemic. This was reported by the Hindustan Times on Wednesday, citing information received from the Ministry of Civil Aviation.

“A decision has been made to restore the planned volume of domestic air traffic from Monday, October 18, 2021 without any restrictions,” the newspaper quotes the words of a representative of the ministry. According to him, the decision was made after considering the current state of air travel and taking into account the demand for air travel.

India has been gradually easing restrictions on domestic flights due to a decrease in the daily number of cases of coronavirus infection. In the period from June 1 to July 5, the restriction was 50%, from July 5 to August 12 - 65%, from August 12, carriers could operate no more than 72.5% of domestic flights, and from September 19 - no more than 85% of the number of flights that were operated before the pandemic.

In March last year, all domestic flights were suspended by the country's authorities due to the pandemic. The government allowed flights to resume from May 25, 2020 after a two-month break, allowing no more than 33% of flights to operate from the previous number. By December 2020, this limit was gradually raised to 80%. However, on June 1, with the start of the second wave of infections, the number of flights was again reduced.

As of October 9, Indian airlines operated a total of 2,340 domestic flights, which is 71.5% of their pre-pandemic total. However, passenger traffic is constantly increasing - by an average of 2-3% per month, which prompted the Ministry of Civil Aviation to lift restrictions on flights within the country. 14,313 new cases were noted, which was the lowest number of cases in 224 days, the total number of deaths from the consequences of the infection exceeded 450.9 thousand people.

Kazakhstan will have its own low-cost airline

A ski race in support of doctors took place in Siberia

Azerbaijan and Turkey will increase the number of military exercises

Thailand rejoices in the arrival of the first planes with tourists 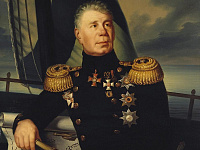 Yuzhno-Sakhalinsk Airport may be named after Krusenstern 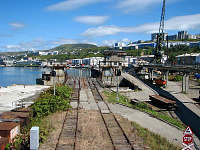