India, at the request of the Quad (which includes itself, Australia, the United States and Japan), will provide countries in the Indo-Pacific region with 8 million doses of a vaccine developed by the American company Johnson & Johnson, produced in the republic by Biological E. This was announced at a press conference by the country's First Deputy Foreign Minister Harsh Vardhan Shringla, commenting on the recent summit of the "four" in the White House.

« At the request of Quad, Indian Prime Minister Narendra Modi said that India would provide 8 million doses of Janssen vaccine from Johnson & Johnson manufactured in India by Biological E. This will be ready by the end of October and will be in line with our decision to resume exports of vaccines,” said Harsh Vardhan Shringla.

Before the Quartet Summit » Narendra Modiexpressed his hope that the Quad vaccine initiative will help countries in the Indo-Pacific region.

The Quadrilateral Security Dialogue (Quad) was created at the suggestion of the former Japanese Prime Minister Minister Shinzo Abe, who proposed this idea in 2007. At first, this association did not develop very actively and intermittently, but during the ASEAN summit in Manila in 2017, the Quartet leaders agreed to intensify the alliance in order to confront China in the region. At the same time, the Indian side emphasizes that it is not only interested in the defense aspects of cooperation.

The first quadripartite meeting of the heads of the foreign affairs agencies of Australia, India, the United States and Japan was held in September 2019 in New York, and in March of this year was held the first virtual summit of the leaders of the Quartet.
India vaccine coronavirus COVID-19 TASS
|
Facebook
|
Twitter
|
VKontakte
|
Odnoklassniki

All Hong Kong residents to be tested for coronavirus

About a million Chinese will be sent to isolation

Moscow Urban Forum will be held in a hybrid format 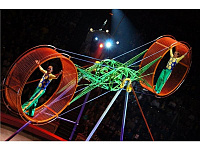