In the Khabarovsk Territory, the regime of self-isolation for the elderly was canceled

Self-isolation for people over 65 years old is canceled in the Khabarovsk Territory.

The self-isolation regime for people over 65, introduced due to the coronavirus pandemic, is being canceled in the Khabarovsk Territory from February 12, museums and libraries are returning to the previous mode of operation. Mikhail Degtyarev, Acting Governor of the Khabarovsk Territory, signed the corresponding decree, the press service of the regional government reported on Saturday.

“In accordance with the innovations, museums and libraries are returning to normal operation. Since December last year, they have been accepting visitors by appointment. In addition, the work of circuses in the region is resumed, provided that the premises are occupied no more than 50% of the one-time capacity. From February 12, the self-isolation regime for people over 65 years of age is canceled, ”the message says. 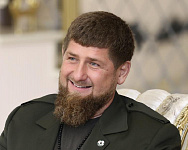 Ramzan Kadyrov was awarded the rank of lieutenant general

The streets of Vladivostok will be put in order for 4.5 billion rubles

In the Moscow region, the special forces of the Russian Guard practice skills in tactical medicine