It is planned to vaccinate about five thousand employees per day.

Vaccination of employees of the Tokyo police, fire and rescue services began on Tuesday in the Japanese capital. This was reported by Japanese public television.

It is noted that about five thousand people are scheduled to be vaccinated a day, and by the end of the month, about 110 thousand law enforcement and rescue workers should receive the first dose of the vaccine. The second stage of vaccination for this category of citizens in Tokyo should begin next month.

Vaccination in Japan began in mid-February. As of June 3, the country of 126.3 million people had just over 15.6 million vaccinations, according to official figures. On this indicator, Japan lags behind all members of the Group of Seven, which also includes the UK, Germany, Italy, Canada, the US and France. Japan is currently completing the vaccination of healthcare workers and is vaccinating 36 million people over the age of 65. 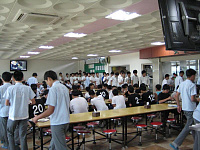 Vaccination in Japan will begin with physicians

"The Art of Winemaking" will be presented in Uzbekistan 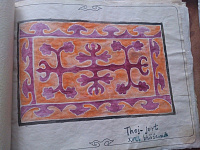 A book about Ingush ornaments will be released in 2019