The share of citizens over 65 in 2040 will be 35.3% of the population of South Korea. The corresponding forecast was published on Thursday by the National Statistical Office on its website.

South Koreans of working age (from 15 to 64 years) in 2040 will make up 55.7% of the population, in 2022 this figure reached 70 ,5%. The proportion of elderly people among citizens in 2022 is estimated at 17.8%. In connection with the change in the demographic structure in the country, discussions are underway about raising the retirement age from the current 60 years, the Coria Herald newspaper writes. 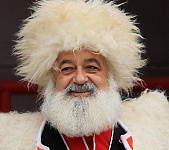 The mayor of Tbilisi spoke with the Georgian Santa Claus

The car was lined up in Chita with the inscription "Happy New 2020!"

In Uzbekistan, the acceptance of proposals to amend the constitution has ended

Hollywood is interested in the story of saving Thai schoolchildren 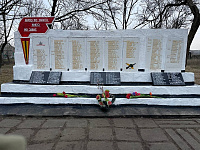 Rosgvardeytsy restored monuments to Soviet soldiers in the DPR and LPR