In connection with the complete lockdown, the Malaysian authorities will allocate additional funds

The Malaysian Prime Minister announced the allocation of financial assistance in the amount of $9.7 billion due to the lockdown.

Malaysian Prime MinisterMuhyiddin Yassin has announced a RM40bn ($9.7bn) bailout package in connection with the full lockdown effective from June 1st. The head of government announced this on Monday during a special televised address.

According to him, "the funds will be used to expand the capacity of public hospitals to treat those infected with coronavirus, to support businesses and the most vulnerable segments of the population." “Almost a billion ringgits ($242 million) will be directed to the healthcare sector, about 2.1 billion ringgits ($509 million) to low-income families,” the prime minister said. “Taxi drivers, tourist guides, public transport drivers will also receive lump-sum payments,” added Mukhiddin Yassi.

The head of government also said that he personally, as well as ministers and their deputies from June wages are waived until August.

Strict socio-economic restrictions come into force in Malaysia from June 1 due to a new outbreak of coronavirus. Authorities have allowed 17 major sectors of the economy to remain open, with most shopping malls closed and residents only allowed to leave their homes within 10 km to purchase essentials, food and medicine.

The first time a full lockdown has been in place in the country since March to May last year. In addition, at the beginning of the year, social restrictions were already introduced in the country, then the government managed to reduce the average daily increase to 3 thousand. However, in recent days, a record increase in cases has been recorded in the country. So, on Saturday, this figure for the first time exceeded 9 thousand per day.
Malaysia prime minister Muhyiddin Yassin aid lockdown coronavirus pandemic COVID-19 TASS
|
Facebook
|
Twitter
|
VKontakte
|
Odnoklassniki

VI International Arctic Forum to be held in spring 2022

Mikhail Murashko: "The strength of the medical community is in knowledge, in coordination of actions, support and assistance to each other"

Each Japanese will receive a lump sum of 930 US dollars 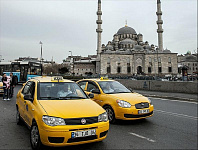 It will become easier for tourists in a taxi in Istanbul