In Bratsk, a citizen saved a 4-year-old boy from a fire

The leadership of the Main Directorate of the Ministry of Emergency Situations in the Irkutsk region ordered to present brother Alexander Severinov for an award for helping a child in mortal danger.

On May 30, a mother of 4 young children, who lives in the city of Bratsk on Kirova Street, took one of her offspring and went to kindergarten for the youngest.

In her absence, two older children - eight-year-old Artem and four-year-old Maxim - found matches and decided to light a fire on the floor of the apartment. When the flame started and spread to the parquet, the children tried to leave the visit on their own, but the eldest of the boys, blinded by the smoke and lost his bearings, was unable to open the front door. Then the brothers rushed to the window. Having knocked out the frame, the older brother jumped from the second floor and received minor injuries.

At that time, Alexander Severinov, who lived in the house opposite, saw what was happening and, running out of the entrance, urgently provided first aid to the eldest of the children, who could not get off the asphalt. Then he persuaded the youngest of the boys, standing on the windowsill, to jump into his arms. As a result, neither the child nor the volunteer rescuer were hurt. The fire was quickly put out by the employees of the Ministry of Emergency Situations, and the initiative brother will soon receive a departmental award.

Full-time education to be partially resumed in Azerbaijani schools

Thousands of Catholics to attend Pope's Mass in UAE

The President of Kazakhstan congratulated Orthodox fellow citizens on Christmas 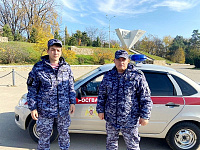 In Japan, the incidence of COVID-19 exceeded 25 thousand people for three days in a row

New water supply systems to be built in Tajikistan