The meeting was held at the Republican Perinatal Center.

Azerbaijani President Ilham Aliyev, together with First Lady Mehriban Aliyeva, visited the country's 10 millionth resident Mehriban Hasanova, as well as her parents. This is reported by the official website of the head of state.

During the meeting, the family was given a new three-room apartment. 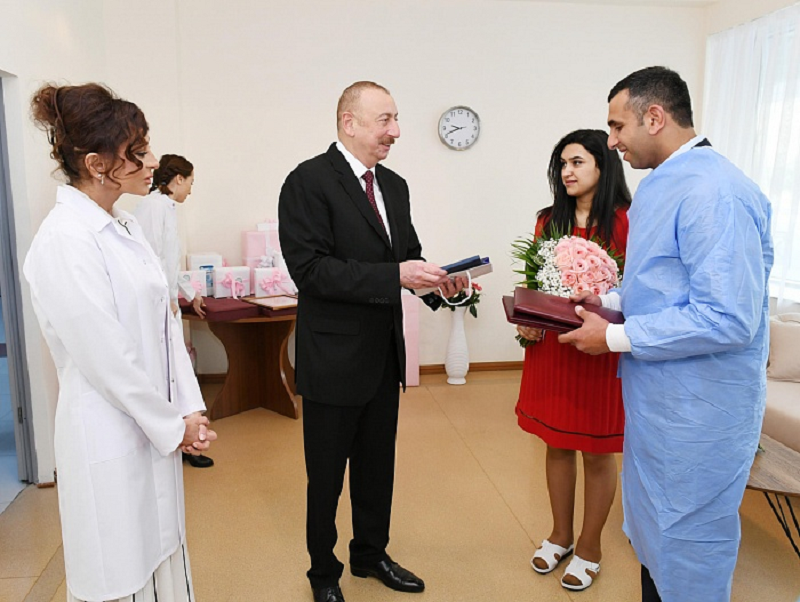 10 millionth inhabitant of our country. I also provide you with documents from the apartment that the state donates,” Aliyev said, handing the documents to the parents of Mehriban Hasanova.

The head of state stressed that the birth of the 10 millionth citizen only for parents, but for the whole of Azerbaijan.

“This is a historic event, on which I congratulate the entire Azerbaijani people. The 9 millionth inhabitant of the country was born in 2010. Over 9 years, the population of Azerbaijan has increased by 1 million people, over the past 15 years - by 1.7 million people, which increases our strength, the power of the country," the President said.

A new international airport has opened in northern Iraq 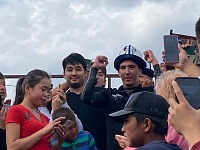 Indonesia plans to open tourist corridors with a number of countries 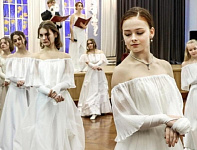 Outfits of the Pushkin era will be shown in Chelyabinsk

Flights between Uzbekistan and China will increase

The head of Kalmykia declared February 16 a day off on the occasion of the spring holiday Tsagan Sar More on TASS: http://tass.ru/v-strane/4923000