Banknotes, credit cards, soft toys - souvenirs with the symbols of the Olympics have become a bestseller in China. Commemorative banknotes and coins occupy a special place among popular goods. The denomination of the coins is 5 yuan, which is about 1 US dollar. You can pay with them, or you can leave them as a keepsake of the Olympics. The multicolored coins depict a skater and a skier. 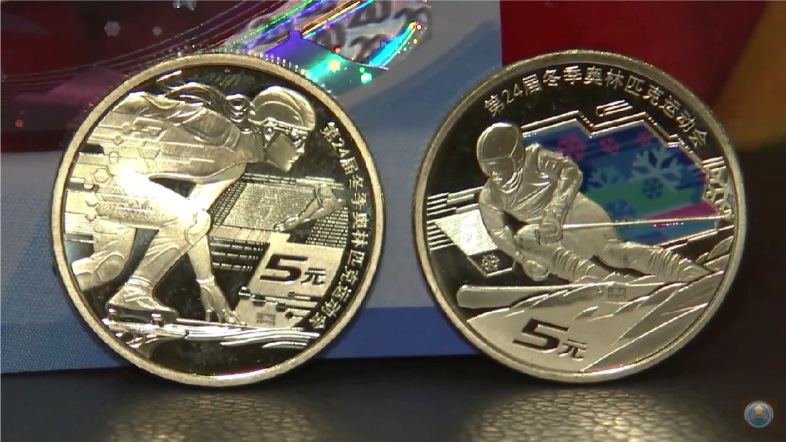 The Bank of China also issued two banknotes dedicated to the Winter Olympic Games. One shows a pair of skaters and the Ice Cube sports center. On the other, a skier and the National Ski Jumping Center were placed. Each banknote is worth 20 yuan, which is about 3 US dollars. The unique banknotes are very popular with the people of China. 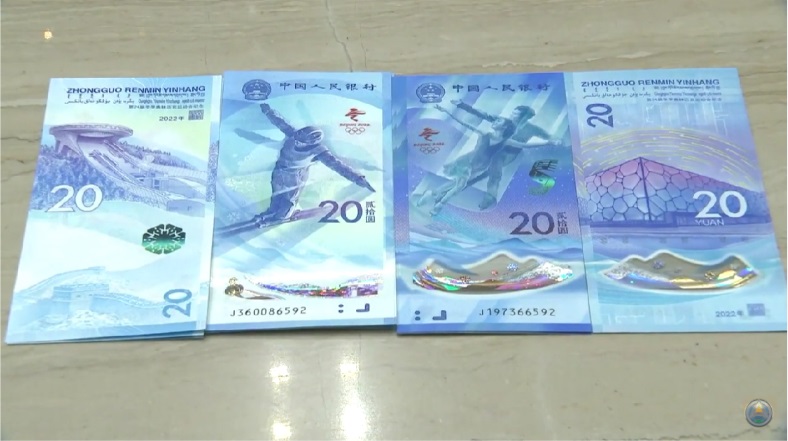 “My whole family set alarm clocks to get up early and have time to buy banknotes with Olympians. I'm the only one who succeeded. I am very lucky,” the Beijinger rejoices.

Credit and debit cards with the logo and mascots of the Beijing Olympics are also in demand.

“Olympic Games-themed cards have become very fashionable among our customers. Every day, many people ask about and apply for cards.”

Despite the variety of souvenirs, the palm is held by a toy panda in an ice space suit named Bing Dun Dun.

This symbol of the Olympics immediately became the main favorite of the public. Already on February 4, the opening day of the Olympic Games, sales of Bing Dun Dun reached a record three million yuan (about half a million US dollars). 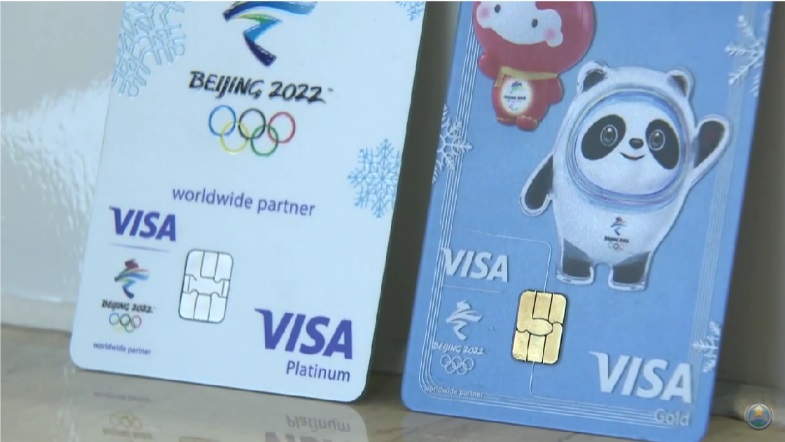 Due to the cold snap that has gripped most of China, all nature has dressed in silver. Locals and tourists immediately went to see the fabulous scenery. It is noteworthy that the manifestation of natural beauty coincided with the Lantern Festival. The main dish of this holiday is round and sweet tangyuan dumplings. 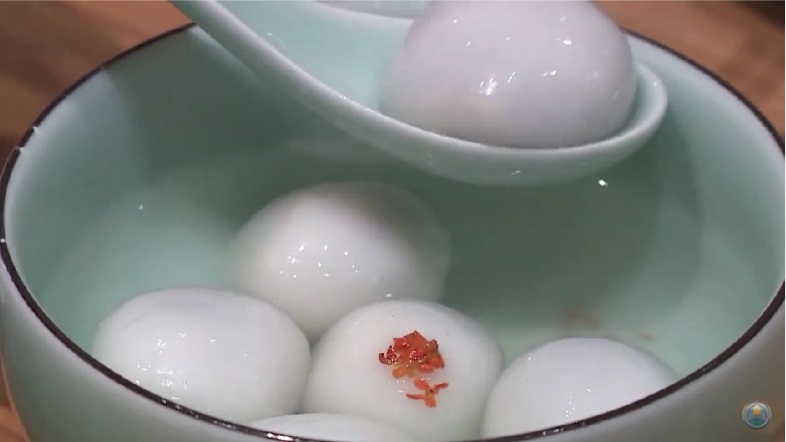 And surprisingly they are reflected in natural landscapes. Dumpling-like balls of ice have appeared in the ice of Xihai Lake in Jilin Province. Local residents considered this phenomenon a favorable sign. However, the reason for the formation of ice "tangyuan" is still a mystery.

At the same time, the temperature in the Xinjiang Uygur Autonomous Region dropped to minus 20 degrees Celsius. When it was cold, Yuhu Lake began to look like a perfectly smooth mirror, and cracks in the ice reminded many of blossoming lotuses. "Ice flowers" appeared in the Sichuan province in southwest China after a heavy snowfall. In the Yueba Ecological Park, the lakes are covered with impeccable flower still lifes. 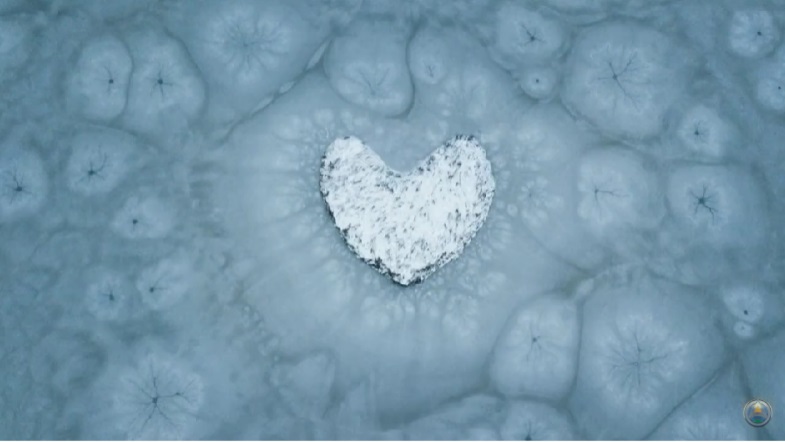 Many tourists came here to capture the wonders of nature.

“Yueba Park is thousands of miles of ice and snow. Thanks to this, local landscapes are very beautiful and attractive for photographers.”

After the first snow, Guanshan Mountain in Gansu Province also turned white. And the terraced fields around became like a fairy-tale wonderland.


The Lantern Festival was held on Earth and in space 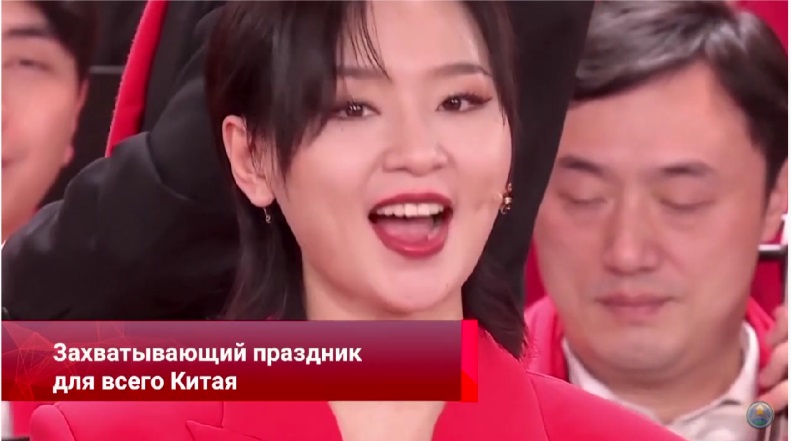 Many issues are devoted to events and topics that all of China has been talking about lately. Among them are the Beijing Winter Olympics, the country's space program, and the victory of the Chinese women's football team in the Asian Cup final. 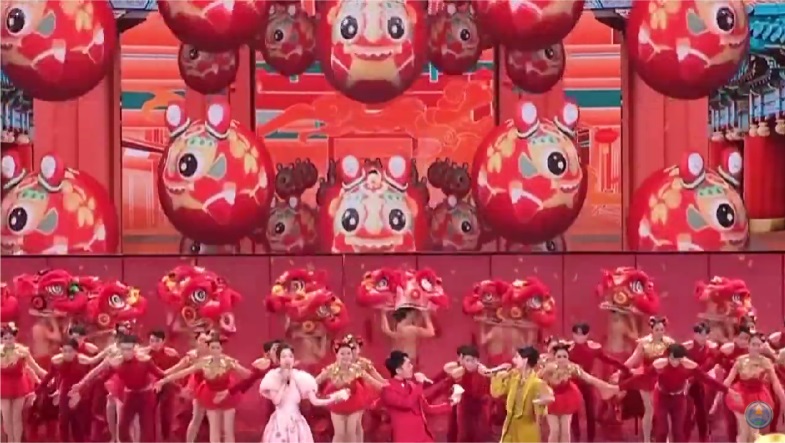 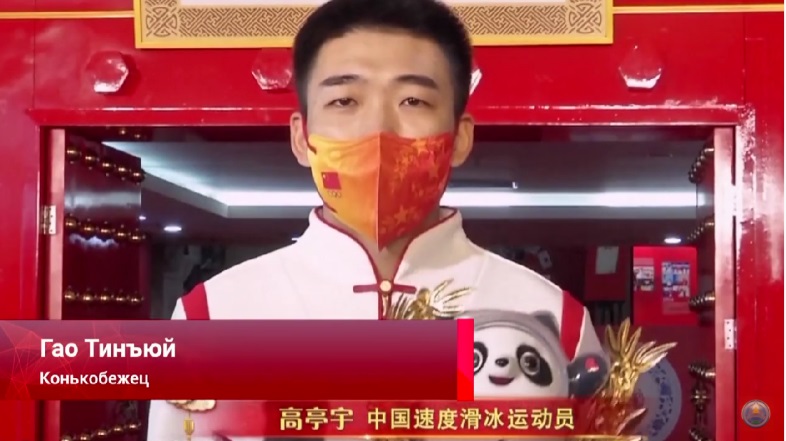 “I congratulate everyone on the Lantern Day. For the past four years, I have dreamed of turning my bronze Olympic medal into a gold one. A gold medal is the best gift I can give to my Motherland.”

“Hello everyone, I'm Su Yiming. Congratulations to viewers across the country on the Lantern Festival. I'm really happy to participate in the Winter Olympics and enjoy the competition. I hope that I can convey my joy to all people.”

A surprise for everyone was the performance of the Chinese astronauts, which they recorded at the orbital station especially for the festival. Cosmonaut Wang Yapingperformed the popular folk song "Jasmine Flower" on the traditional musical instrument guzheng.

Colleagues of the talented cosmonaut, Zhai Zhigangand Ye Guangfu , made riddles to the audience, writing them with calligraphic symbols. The couplet lines read: “White fluffy clouds float underfoot” and “it hugs the universe, floating in outer space.”

“The answer to our two riddles is the same: it's the Chinese space station we're on. We congratulate all viewers on the Lantern Festival and wish you and your loved ones happiness and good health. 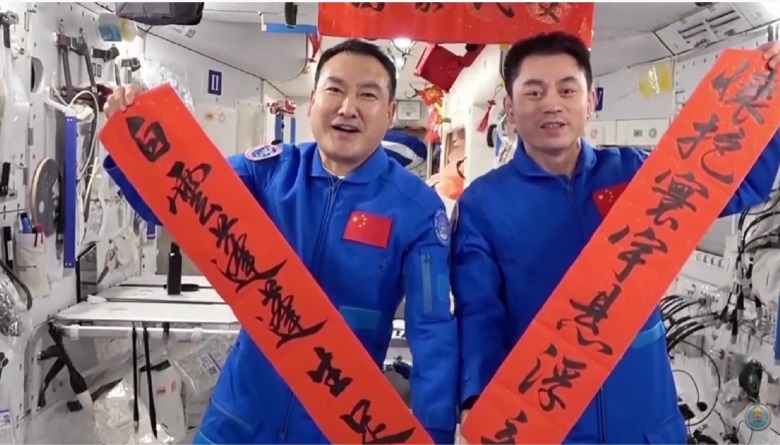 With a history of 2,000 years, the Lantern Festival is celebrated on the 15th of the first month of the Chinese lunar calendar and marks the end of the Spring Festival.

The international youth festival "Manzherok" will be held in Altai

Scientists to develop recommendations to improve children's sleep in the Arctic

China will encourage the return of students who studied abroad

A resident of Perm reached Thailand on a bicycle