How the Russian world celebrates the 75th anniversary of the Great Victory, will tell the information program “Compatriots. News"

Program host Evgenia Borovaya will tell how representatives of the Russian-speaking diaspora around the world remember and honor the merits of those who at the front and in the rear achieved the Great Victory that gave us life.

Russian diplomatic missions focused on holding the Victory Day in the Internet and media space. This was announced at a briefing by the official representative of the Ministry of Foreign Affairs of Russia Maria Zakharova. International actions "Immortal Regiment", "Candle of Memory", "St. George's Ribbon" and others were held in a new format. According to Maria Vladimirovna, despite the current situation, the veterans will also be awarded commemorative medals.

“Individual awards are organized with representatives of foreign institutions and the Russian Foreign Ministry visiting veterans at their place of residence, as well as sending medals by mail. All this is being done in strict accordance with the epidemiological situation and the instructions made by local authorities abroad,” said Maria Zakharova. 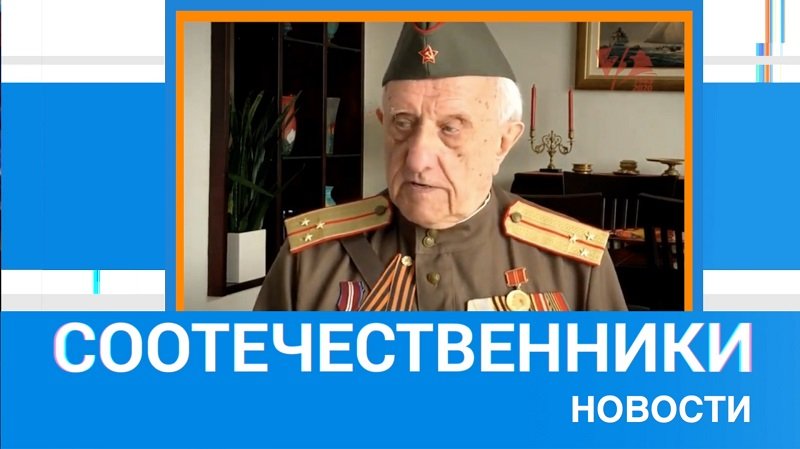 Given all the restrictions and precautions, organizations of Russian compatriots around the world are also finding ways to congratulate veterans. The Russian Youth of America Society has prepared gifts for war veterans living in New York. Activists organized contactless delivery for 480 front-line soldiers, home front workers and residents of Leningrad who survived the siege.

Volunteers of the Immortal Regiment in Dusseldorf personally visited veterans and siege survivors. Oleg Lobachev, coordinator of the International Volunteer Team of the 75th Anniversary of the Victory, presented them with flowers and memorable gifts. The most important sign of attention was the interview films created by Oleg Lobachev. In them, veterans share their memories of besieged Leningrad. We got in touch with the coordinator of a unique volunteer project via video link. 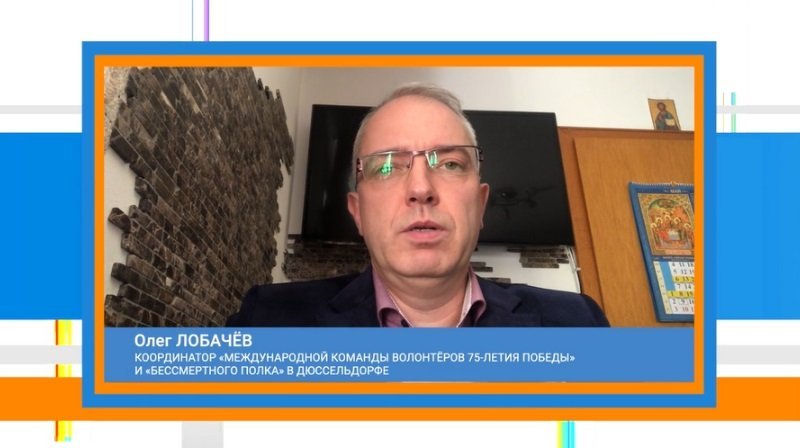 “I think I managed to make films,” said Oleg Lobachev. - At least, according to the veterans themselves. They were very grateful. Of course, we will continue this work – filming veterans, filming their memories, because, thank God, veterans are still alive even in Düsseldorf, who need to be filmed further.”

Project of several countries “Give a postcard to a veteran” - another way to express gratitude to the front-line soldiers and tell the children about our history and the feat of Soviet soldiers. The action was traditionally supported by the Coordinating Council of Russian Compatriots in Qatar. This year, children of different ages from 24 countries of the world took part in it. The winners were chosen in three categories: application, drawing and digital postcard. The best works have already been sent to veterans, although not to everyone: in some countries, mail does not work. But the organizers of the action assure: congratulations from young Russian compatriots will still reach the addressees. 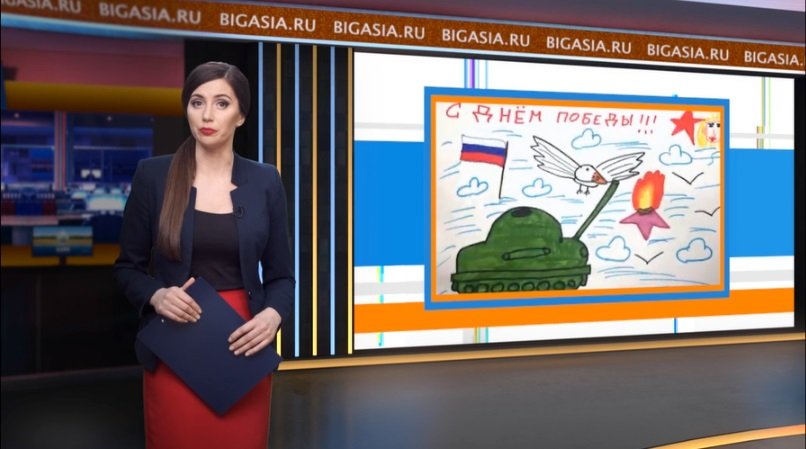 International action "Immortal regiment - without borders!" also takes place online. Participants of the virtual procession post photos of their heroes, their names and stories on their own pages in social networks. And the Coordinating Councils of Compatriots and local volunteers of the movement create memorable films from these photo portraits. 4.jpg" src="/upload/medialibrary/d5b/d5b6902f49fddfb436be6c4a8c6d4f58.jpg">

The Coordinating Council of the Netherlands even proposed to merge the campaigns "Windows of Victory", "Immortal Regiment" and "Candle of Memory" into one. Representatives of the Diaspora decorated the windows of their apartments and houses with symbols of victory, portraits of war veterans, red ribbons and words of gratitude to veterans, and in the evenings they will light a “Candle of Memory” in their window. Also, the Russian diaspora in the Netherlands held an Internet festival called "We need one victory, One for all!". Residents of different provinces and cities of this country sang their favorite songs of the war years and recited poems about the front and the Victory. 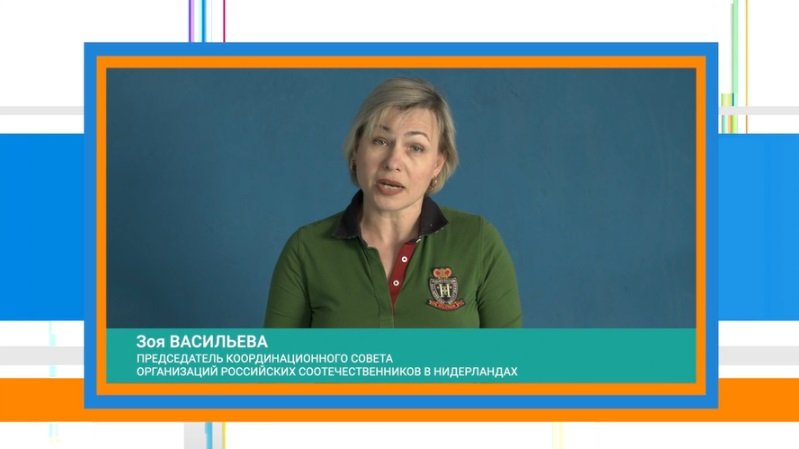 self-isolation. And, nevertheless, today there are more than 40 numbers in the concert,” said Zoya Vasilieva, chairman of the Coordinating Council of Organizations of Russian Compatriots in the Netherlands.

The name of the festival was the line famous song by Bulat Okudzhava from the movie "Belarusian Station". The online flashmob of the performers of this song opened the concert. 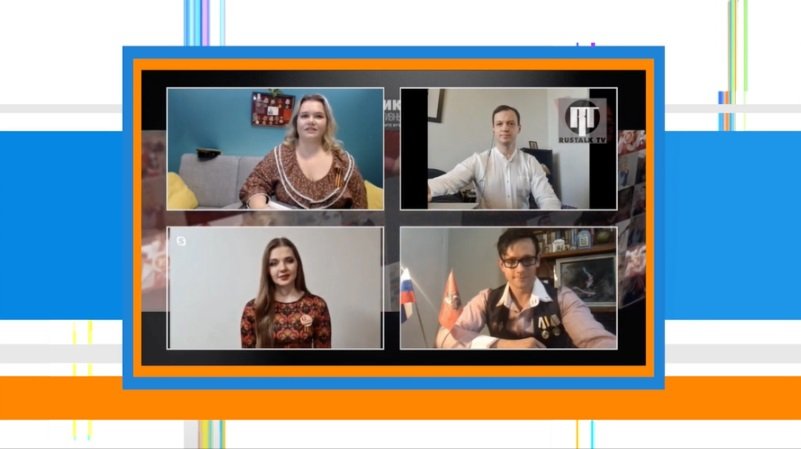 Compatriots from Australia also started a grandiose festive concert. Popular works of the war years, congratulations and family stories from all over the world were broadcast live on the YouTube channel of the Rustalk TV company. Marina Belkina, Chairman of the Council of Russian Compatriots in Australia, told the editors of our project how the preparations for this broadcast went. We talked the day before. Marina is sure that every year the 9th of May should unite the entire Russian-speaking world - both in the future and today, despite the isolation.

“We want every viewer to be able to communicate with the hosts during the broadcast. We will have artists perform, but we will also announce the phone number on WhatsApp, and during our broadcast, any viewer from anywhere in the world can send their messages and congratulations,” said Marina Belkina, Chairman of the Council of Russian Compatriots in Australia.

More news you can find on the site bigasia.ru. We will keep you informed about events in the life of Russian compatriots living all over the world.

Lebanon may restore electricity from Monday

“Online communication multiplies the audience,” says the head of Rossotrudnichestvo

Through Russia there is a great expedition "From West to East"

Field session of the Eurasian Women's Forum opens in Kemerovo