Georgia eased restrictions on residents of Abkhazia and South Ossetia

From April 19, Georgia will cancel the 5-day quarantine for residents of Abkhazia and South Ossetia.

The Interdepartmental Coordinating Council for Combating Coronavirus under the Prime Minister of Georgia decided to cancel the 5-day mandatory quarantine for residents of Abkhazia and South Ossetia who decided to visit Georgia from April 19. This was reported on Wednesday by the press service of the Georgian government.

“From April 19, residents living in the occupied territories (Abkhazia and South Ossetia - TASS note) will be tested instead of a 5-day quarantine. At the same time, they will have the opportunity to voluntarily be vaccinated in accordance with the national vaccination plan,” the report says. the deadlines were reduced to eight days, and later to five.

At the end of March, the Georgian government decided to start vaccinating residents of Abkhazia and South Ossetia against coronavirus. Georgia has been vaccinating the population against coronavirus with AstraZeneca since March 15 ) and Pfizer. According to the latest data, more than 23 thousand people have been vaccinated. The authorities plan to vaccinate 60% of the adult population by the end of the year in order to form herd immunity.

Abkhazia and South Ossetia declared independence from Georgia after the August 2008 armed conflict. Tbilisi does not recognize this status. The Russian Federation recognized the independence of the republics and has repeatedly stated that this decision is not subject to revision. In response, Georgia severed diplomatic relations with Russia.

Residents of Abkhazia and South Ossetia on the territory of Georgia controlled by the central authorities enjoy free medical care of any type. They also have the right to move freely within Georgia and receive a monthly Georgian pension.
Georgia Abkhazia South Ossetia residents quarantine cancellation coronavirus TASS
|
Facebook
|
Twitter
|
VKontakte
|
Odnoklassniki 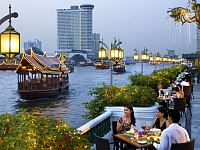 Bangkok to open to vaccinated tourists from October 15

Veterans of the Russian Guard were awarded in Naryan-Mar

Russia will increase support for subsidizing air travel within the country

In China, there was a cafe-hollow with a bear paw